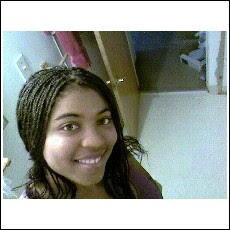 Stashia Barnabá was born September 3, 1986 to Edward and Tracey Wooden-Barnabá. She is the older of their two children (brother, James).

Tapping into her creative niche at an early age, Stashia wrote her first song at age 7 and was involved with four different music groups. Although those groups were unsuccessful, her writing gained recognition when her poem "My Generation" was published in the November 2003 issue of Vibe Magazine. At 16, she wrote her first novel Jupitervale, published by AuthorHouse weeks after her 18th birthday.

A John A. Brashear High School graduate, Stashia continued her education at the Community College of Allegheny County in Pittsburgh, PA as a music major. This led her to an internship with American Urban Radio Networks as the co-writer and co-producer of the nationally syndicated Surfin the Net (winner of two Achievement In Radio Awards); an internship with the Walt Disney World College Program in Orlando FL; and volunteer work as a student DJ for the Community College of Allegheny County-South Campus radio station, WSCR.

Currently, Stashia is a freelance audio journalist for American Urban Radio Networks and continues to write books, poetry, and lyrics. She plans to continue her education Chatham University. 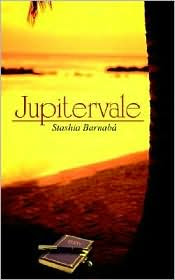 Jupitervale is a coming-of-age young adult novel about the dilemmas four teenage girls face over their summer break.

Abitha Smith and her sisters were abandoned by their parents at a young age. Having no desire to be separated by the foster care system, she keeps a job, attends school, and raises her sisters while maintaining a low profile until her 18th birthday ... when she can qualify as their legal guardian.
Kat Brazilson is a new mother who has plans to move home to Jupitervale to start anew. She knows they deserve better than the life their headed for ... but she will have to fight to get it.

Marie Kyle has always been close with her family ... but she is coping with the death of her mother, a loving father who's pulling disappearing acts, and a boyfriend who is an ass. What will she do when a new face compels her to find her inner strength?

Graciela Sinclair is frustrated from battling everyday with her older sister and the secret love she has for her best guy friend. Will she reveal her true feelings when he comes back?

I would like for adults to take a sense of what their own teenagers or students or young family members may be dealing with. And for young adults, I would love for those who are dealing with these situations to know that they are not alone in facing such challenges. For those who are unaware of these situations, open your eyes to a way of living unfamiliar to your own.

Honestly, one of the characters was developed when I was 7 or 8 playing with my dolls. One day, my parents bought me a three doll Barbie set. It had an older sister, a middle sister and a baby. Since I already had names and stories for my other dolls, I developed a story of these particular one being abandoned by their parents and having the eldest hold down a job and whatnot to take care of her sisters. And thus, Abitha Smith was born. The other ones were tales I was knowledgeable of when I was 16, Situations I had heard about from people I encountered.

The lesson that surprised me the most was learning that people actually related to the story. I don’t think that while writing it I realized how realistic it was and to know that I was in fact telling somebody’s story … not just tales created by my imagination … was amazing to know.

I love the introductory chapters (the first four) because it allows you to develop a sense of the characters earlier than expected. I do like the scene where Marie and Francisco get caught by Paul and one of his many girlfriends. It’s highly ironic and hilarious.

It’s very therapeutic. No matter the format (poetry, novel, short story, song lyrics), it’s cleansing to find an outlet in which to express your feelings. And when you are writing something completely fictional, it allows you to escape your known reality and create another world for readers (and you) to get lost in.

Don’t limit yourself. You will have to jump over enough hurdles in this life trying to reach your goals. You don’t need self-made boundaries in addition to the journey.
What is the toughest test you've faced as a writer?

Writing in a way that will not only get the reader/listener interested, but hold their attention for the duration of the piece. Working at the network, I had to write scripts that would interest the host as well as keep listeners tuned into the show. It’s the same with a novel; no one with pay attention if It’s not a story or subject that people care about. So the way I test myself is by self-editing because if I can read the story over and over again without being bored, I know that somebody will be just as interested as I was.

Oh goodness. I don’t know what would surprise them but I love to be creative and help people. Whether I’m creating literature, music, a new dish … as long it helps somebody along the way that makes me happy.

1. That people make careers out of their hobbies.
2. Everybody has stories to tell that are worth hearing
3. If I believed in myself at an earlier, I could have accomplished a lot more by now.

In all honesty, I’m still working on that! I mean, within the book, I reach them by telling stories that they can relate to. But nobody knows these stories are out there without thorough promotion. And the promotional thing is what I have to work on.

If you could have dinner with 3 authors to talk with about their writing (living or deceased) who would you invite?

Do not limit yourself to what you think you can’t do. Do push yourself past your self-made limits (whether it’s self-promoting your book, tapping into another literary genre, etc.).

How can readers get in contact with you? (mail, email, website)
Stashia Barnabá
P.O. Box 51
Mckees Rocks, PA 15136
Stashiabarnaba@jupitervale.com
http://jupitervale.com

Our theme for this month is REACHING YOUR GOALS. What steps should a writer take to reach their goals?

Research everything! Dig deep into your craft and find ways that you can take advantage of it. Not so that you won’t need anyone else, but so you will have that knowledge and nobody can play you stupid. Knowledge is power. Also, don’t take for granted the support and backing you have. For those who only have themselves to support their dreams, trust me, that is enough. Just continue to push yourself, have faith and trust that God will lead you to where He wants you to be.

Jupitervale Revisited (the sequel to Jupitervale) is going to continue the journey of Abitha Smith, Kat Brazilson, Marie Kyle, and Graciela Sinclair. Abitha will find her parents and the true reasons as to why she was left to raise her sisters. Kat will try to develop a new relationship while still battling against her baby’s father who refuses to disappear and leave her alone. Marie will find herself in a whirlwind of drama and has to tap into her strength to get out of a situation that could potential ruin her life. Graciela will find how necessary it is to grow up and not let the past keep you from living or else you may lose everything you’ve worked so hard to keep.

Outside of that, I have two other novels I’m working on, a book of poetry, and turning Jupitervale into a screenplay.

LEAVE A COMMENT FOR A CHANCE TO WIN A COPY OF JUPITERVAL.
Posted by LaShaunda at Friday, June 12, 2009

It is very inspiring to see a young lady with such drive. Congrats and I wish you continued success.

Stashia, I am so proud and happy for you. Keep up the good work and I'm sure you will live your dream and then some. Many blessings to you and your family.