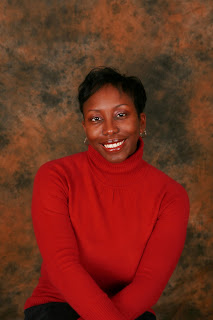 AlTonya Washington has been a published romance novelist for 6 years. Her novel Finding Love Again won the Romantic Times Reviewer's Choice Award for Best Multicultural Romance 2004. In July 2008, the South Carolina native released her twelfth novel A Lover's Worth. August 2009 marked the release of her thirteenth and fourteenth novels: Rival’s Desire and Passion’s Furies.

In addition to teaching a community college course entitled Writing the Romance Novel she works as a Senior Library Assistant and resides in North Carolina. AlTonya will release her fifteenth novel Hudson’s Crossing in March 2009. In March 2009, AlTonya- writing as T. Onyx- released an electronic version of her debut erotica title Truth In Sensuality. In August 2009 she will release her debut audio title Another Love and the final installment in her Ramsey series A Lover’s Soul. Her latest release with the Harlequin/Kimani label is the January 2010 release “The Doctor’s Private Visit”

When I started writing it was not with the intentions of starting a career. It was out of a basic desire to see characters that looked like me embroiled in the dramas I’d come to love from the romances I enjoyed. It wasn’t until I started sharing my stories with friends that I realized I loved the sharing as much as the creating and my journey towards a career had begun.

I never thought I’d enjoy writing a heroine who was as much the aggressor as Julia Kelly was in “As Good As The First Time”. I realized that I had a great time creating her character and that there were so many facets to explore with this woman- personality-wise. She could still retain her more “demure” qualities while at the time being a woman who knows what she wants and goes after it.

To show that a heroine could be somewhat the aggressor while not taking anything from the hero’s masculinity.

Balancing or working to balance the time it (writing) takes from family and my “real” job.

Octavia Butler-on being the only black woman (or one of a few) who writes Science Fiction and what experiences (good or not so good) that she’s encountered because of that. Stephen King- because I think he’s an awesome writer (and my favorite author) I just love the chance to talk with him about his work and what inspired some of his titles-especially “IT” my favorite title by him. Virginia Henley because I adore historical romance and hers were among the first I read when I discovered them as a teenager-practically devoured her books when I discovered them.

DO- Read outside your genre and often. DON’T- Be afraid to take risks and venture down different paths in your writing.

Writing becomes my major source of income-allowing me to be on my own time doing what I want when I want (or when my son doesn’t need me to do anything for him). This is a fantasy that I’m working to make a reality.

I think sometimes folks see all the books and stories and think it’s easy to create this stuff given the number of things on the market with the author’s name. It’s not easy and it has to be in your heart- this is the only way we make this stuff happen. There’s so much that goes into creating the story before even the first word is put down on paper. I spend tons of time simply thinking of my characters and the role they’ll play in the story, then there’s what will they look like, names, friends, etc… Then once the book’s written there’s the revision process and that’s a whole other ball of wax. I wouldn’t trade any of it though.

Be prepared to do your own marketing and tons of it. The worst? Once you get the book deal, you’re in the driver’s seat.

Switzerland. I adore cold weather and can just envision myself in some Swiss chalet with a storm blowing in…

Our theme for this month is Agent Hunting? What advice would you give someone searching for the right agent?

Be sure that you really need one. Also research the publishing houses you hope to submit work to. There are many houses that do not require agency representation.

Gosh!! Which one??!! Honestly, I’ve got so much going on right now, but that’s a constant in my life that I don’t see changing for a while. Let’s see…This fall I hope to release my debut YA Romance- “The Expectation of Beauty” –readers will be hearing more about that soon. I’m really proud of it. Also, I’m working on the next in my Ramsey series- now the Ramsey/Tesano series. “A Lover’s Shame” will be first in the next part of that series. My next Kimani release is “Every Chance I Get” this title features a couple that readers will remember from “Hudson’s Crossing” which released with Kimani and was part of their You’re Expecting line. Many readers were interested in whether the hero’s and heroine’s best friends Talib Mason and Misha Bales would have their own story-this is it. Talib will be featured as one of the Kimani Hotties and the title will release Feb. 2011.

Readers can write to me via postal mail at: AlTonya, PO Box 35 Davidson NC 28036. Email me: altonya@lovealtonya.com. Visit my website: http://www.lovealtonya.com/

Good As The First Time
Detroit natives, Julia Kelly and Cortez Wallace shared an incredible love affair…once. Inside the bedroom they were two people with a common goal: pleasure.

Unfortunately, the relationship was also full of drama and hurt feelings. Julia, had never quite measured up in the eyes of Cortez’s family. She wanted nothing more than to leave Detroit with Cortez and continue their careers elsewhere. Cortez however had just been offered the head news anchor spot at his station. He had no desire to leave and wanted Julia to stay.

She didn’t force Cortez to choose because she was too afraid of what he would choose. She left Detroit vowing to never return. Then, rumors begin to rumble about possible nuptials between two popular Detroit broadcasters. The rumors were without merit as far as Cortez was concerned.

Julia was ruled by her wants and what she wanted was to know if Cortez was truly in love. She couldn’t rest until she knew if the rumors were true. She had to know if her leaving had irrevocably closed the doors for them or whether the man she wanted-wanted her just as much.

Leave a comment, question or email for a chance to win a copy of Good As The First Time.

If you enjoyed this post, please consider becoming a member of SORMAG's community - Join Today
Posted by LaShaunda at Wednesday, July 14, 2010

I continue to learn about authors new to me by reading the SORMAG blog. I've heard of Ms. Washington but I've not yet read any of her books. Seems like it's time.

Nice interview - so glad you will have a number of books to be published in the near future.