Having grown up in rural New Hampshire, I was fortunate to attend the cultural melting pot of Boston University in the early 70's. As president of the senior class I graduated with both a major in Business Administration and a concentration in Philosophy/Religious Studies.

Since graduation I have spent over 30 years trying to balance corporate success with the "summer of love"; tempering capitalism with peace, love, and understanding. To that end I offer my new novel, "Zor".

Currently living seaside, in a picturesque New England community with my wife and son, I am convinced the movement that captured our nation in the late 60's is still very much alive. Zor says it best, "no one can save the world, but anyone can change it. Let's change the world together."

How did you start your writing career?

I’m not sure I would classify this as a career, yet. I’ve always had things to say, (letters to the editor, blogs, public speaking, etc.), but I’ve never considered writing a book until the night I dreamt about Zor.

Ive been interested in philosophy, spirituality, and science my entire life. One night, about 5 years ago, I awoke from a dream with a crystal clear understanding of their synergistic existence. For the first time in my life I realized philosophy, spirituality, and science were not exclusionary but totally in sync. Sitting up in bed, it suddenly all made sense. I grabbed a pen and paper and wrote down a steady stream of thoughts.

About an hour later I had six pages of notes. Returning to sleep I awoke at my regular time with the recollection of a lucid dream about a Haitian dwarf named Zor. In this dream I vividly “saw” both the opening and closing scenes of my book. Soon it occurred to me that the six pages of notes I had taken hours earlier tied both ends together. Later that day I began writing Zor.

I discovered the actual craft of writing is an extremely humbling endeavor. My initial expectation was to have a final draft within 4-6 months. It took me three years.

What do you hope to accomplish with this book?

I am not seeking fame or fortune. I wrote this book to change the world. So many of us are fixated on politics, sports, current events, and reality T.V.; I’m hoping after reading “Zor”, people will begin to pursue a deeper consciousness. One of my reviewers paid me the ultimate compliment when he said, “Zor is the type of book that makes you want to read other books.” I really liked that.

What character did you have the most fun writing about?

I really enjoyed watching Jonathan Brewster evolve. I think there was a lot of me in that character.

What has surprised you most about being a published author?

Without a doubt, the biggest surprise has been the kindness of my readers. I have received countless e-mails and tweets thanking me for the book and offering positive comments. I’m very proud of book’s apparent impact, but I am amazed at the number of people who have made the effort to tell me about it.

What aspects of writing do you love the best and which do you hate the most.

I don’t think any part of writing a book is enjoyable; at least not to me. I did not write this book because I wanted to; I wrote it because I had to. There is much about writing that is arduous. The worst part for me was the self imposed isolation.

I am very much involved with the marketing of the book now. I wish I knew more about social networking, building a platform, and mass distribution.

My advice would be to let the story take you where it wants to go. Don’t try to manipulate the narrative. Whenever I tried to make “Zor” more saleable by writing to the market I became lost, but when I let it flow, “Zor” wrote itself.

Writing a book is all consuming. I recently read Keith Richard’s book, “Life”. He talks about writing songs and how everyone thinks he is living his life while doing it, (romancing his wife, drinking with his mates, playing football with his children), when in actuality the only thing he is thinking about is the song, 24/7. Writing a book is the same thing.

Is there any character in modern literature more perfect than Atticus Finch? I think not.

I have an old house, a young wife, and a seven year old son. There is no spare time.

I have thousands of followers on twitter and reply to every message I receive. I am also hopeful interviews such as this, will open up new avenues of communication.

Our theme for this month is INDEPENDENT PUBLISHERS. Have you ever considered self publishing your work? Why or Why not?

Although not my initial intent, I did self publish “Zor”, and I couldn’t be happier. Self publishing is much more time intensive, but well worth it, for the total control it provides.

The one thing I thought I knew before writing this book was actually verified repeatedly while researching this book; all truth is relative.

My next book begins exactly where this book ends; Zor and his attorney, Lynn, pulling away in a cab, leaving Jonathan Brewster on a sidewalk, in Washington D.C. 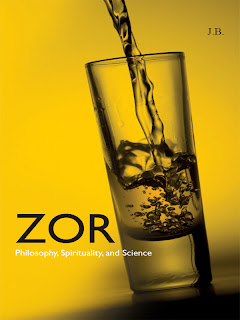 "Zor" explores the relationship of middle-aged angst with philosophy, spirituality, and science by asking one simple question; where do you turn when life's core beliefs become suspect?
That is the dilemma confronting Jonathan Brewster, a money manager from Boston, whose "chance" meeting with a Haitian dwarf named Zor, spirals out of control. Forced to defend his life in a series of intense debates concerning negative ch'i, emotional addictions, neuron networks, vipassana meditation, the collective unconscious, laws of attraction, sub-atomic entanglement, placebos, Nietzche, metta, God, and happiness; John is reluctantly drawn to a new reality.

Rising above his crisis of conscience he restructures his life for the greater good, only to be challenged by the ultimate betrayal.

Do you need help with your promoting? - http://sormag.com/advertise.htm
Posted by LaShaunda at Monday, June 27, 2011