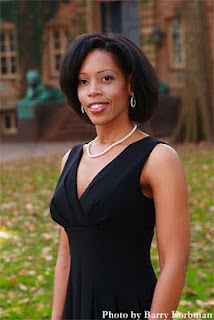 Angeline Bishop was born in Washington, D. C. but lives most of her life in New Jersey and considers the ‘Garden State’ her home. Her childhood passion for writing led to a degree in English Literature and a membership in Romance Writers of America.

She works in academic, is a current board member of Write of Passage, Inc., a nonprofit which supports under-served artists in the Baltimore, MD area and an active member of the NAACP. She enjoys providing aspiring writers with writing resources to strengthen their craft.

I’ve been writing since high school but I began to take the craft very seriously as an English/Literature major in college. It was there that I decided to broaden my literary tastes.

In my college, Celtic Mythology & Early Irish Literature course, I had an epiphany when Professor Tom Kinsella told me I was a good storyteller. I was the only black woman in that literature class, with not an ounce of Irish blood coursing through my veins, but my story was one of the best. It was a light bulb moment for me. I was captivated by Celtic Mythology and amazing how many of their traditions supersede race and time.

Now, I enjoy writing contemporary African-American novels and I continue to be influenced by many different literary genres.

You know many single moms put their responsibilities and careers in front of everything else because they don’t want the drama of a bad love choice to sidetrack them.

They’ll bury themselves in work, child-rearing and community service in order not to face the fact that love is a risk and sometimes a battle. This book reminded me you have to put your heart on the line to get the love you deserve. Good loving relationships aren’t for the faint of heart. They’re for the brave. We need to stop envying the kind of love relationships other have and get out there and do the work.

I hoped to entertain romance readers with Sheridan siblings and make them root for their favorite. I wanted to tell Graham’s story more than anything else. He’s a troubled soul because he’s always had to fight to protect what is his. He had to fight his father’s dreams of him entering the Navy to enroll at Princeton University. He had to fight to start a magazine with a concept no one thought would work. He even had to fight to make his former fiancé part of his past, and not his present. I can gladly say I’ve done what I set out to do. I told Graham’s love story.

That’s a hard question because I had fun with all of them, in different ways. Yvette has a very ‘over the top’ and ‘in your face’ mentality so I enjoyed writing her dialogue. But I also have a soft spot in my heart for Caresse --she took a chance on love when she didn’t have to.

The way I bonded so quickly with the wonderful authors at Soul Mate Publishing. The publishing process can be very overwhelming so at our author’s blog site we share stories, information and encourage each other. It’s nice to know there are some friends in the trenches with you.

I love editor feedback. It always challenges me to be a better storyteller. I totally hate writer’s block. I’m a plotter so if I can’t see where the story is going I just stop right there in the outline stage and get frustrated. That is when I usually step away from the computer and live my life away from writing.

I wish I’d listen to my gut instincts that kept telling me to send out more queries. Just because my novel didn’t fit one agent’s taste or a publishing house worried about causing competition with other series author on their roster, I lost my confidence and stopped my process. Thankfully, my life changed drastically and my writing was able to take center stage again.

Do – Write something every day. It keeps you sharp and helps you improve as a writer.

Don’t - Waste days, months, and years talking about the story you want to write. Make it happen. Don’t talk the talk, walk the walk.

It’s a job, not a hobby. Its work that can be very reward and cathartic but it’s still work. And just because no one pays you doesn’t mean you can get away with less of a commitment.

Each night, I would tell my colleagues, I was going home to work my second job, and I’m sure all of them thought it was cute that I liked to write at night, but it was so much more. With North Star available it will be great to show them the results of my work.

Like me, Shuri is a pretty complex woman, and she's doing her best to put on a good front. Both of us have evolved from headstrong, short-tempered and arrogant little sister to being the master of our own fate. When we first meet Shuri, she appears cool and confident, but some of that is a front. It's a 'fake it until you make it' thing. She’s learning to trust her instincts and her support team, (known as P.R.I.D.E.-Princess Regent's Intelligence Division Executives) just like I seek the wisdom of my inner circle.

Okay, if we aren’t talking comic books I would have to say I would be Penelope from Homer’s epic poem The Odyssey. Right now I can relate to the way she never gave up hope. She’s martial faithfulness personified.

A healthy loving relationship bring you joy, not just some of the time but most of the time.

My next book in the Sheridan series will be South Beach, it’s Laila’s story. I’ll be sending her on a much-needed vacation in sunny Florida, where she’ll cause a media whirlwind with her old college friends, Dr. Sofìa Vega-Barea and Ms. Marina Carter. Fans will also get to hear from Malcolm, Graham and Gray again. 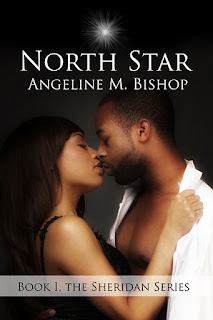 She thought her heart wasn’t in jeopardy, but she clearly underestimated Graham’s charm, and his determination to win her heart. As their passion intensifies, disturbing mishaps at the Center place Caresse’s life in danger.

The highly anticipated Mason Ball fundraiser is in peril. Can Graham decipher the evidence, finger the culprits, and save Caresse before it’s too late?

Do you need help with your promoting? - http://sormag.com/advertise.htm
Posted by LaShaunda at Monday, November 14, 2011

Happy upcoming release day for your book, Angeline. I just saw the video trailer and really liked it. Caresse sounds like a character I can root for.

I really appreciate your support on North Star. Good luck in my North Star Kindle Fire Contest too.

Ms. Bishop, I read your book and am now a huge fan of yours. You have such a wonderful way of telling a story and making it seem like it is real and you are there. At one point in your story, it was like I could hear the rain pounding down on my own roof.

Thank you for a classy romance novel that a guy can enjoy. Your novel appeals to male and female and I will definitely tell my guy friends about it. Although I have to be careful that I don't have strike one against me on my man card!

Ms. Bishop,thank you for a well written, exciting, well developed novel. Your characters were real and your plot was unpredictable and engaging. I truly enjoyed reading your novel and as a result I am a fan for life! I will absolutely tell my friends, male and female about you and your novels and encourage all of them to read your books. I am not a typical romance novel reader and most of my male friends are not either, so though I have to be careful that I don't have any strikes against my man card when I tell them, I am definitely going to tell all my male friends read North Star!!!

It was a great read and clearly showcases your amazing talent, creativity and pinchant for story telling.

I can't wait to read your next novel!

I appreciate your support and I'm glad you liked the video trailer.

Great interview! I too enjoy Celtic mythology and am drawn to the symbols, especially a blue stained glass Celtic cross that I've had for years:) Your do's and don'ts are right on time. Much success to you!