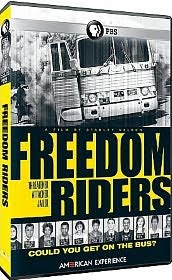 In 1961, the Civil Rights Movement in America was at a turning point -- while the Supreme Court had ruled that racial segregation was illegal, in many parts of the South public facilities were still divided into areas for blacks and whites, and while president John F. Kennedy spoke out in favor of civil rights, his administration had done little to practically remedy the situation. So a group of student activists stepped forward to force the issue of desegregation -- dozens of college students, both black and white, began traveling together by bus through the segregated South, and simply by sitting together, eating together and sharing motel rooms, they raised controversy (often followed by violence) for flouting conventions that had been held for generations. The young civil rights activists became known as "Freedom Riders," and as their actions became national news, they played a vital role in finally putting an end to Jim Crow laws in the South and eliminating the "separate but equal" doctrine. Filmmaker Stanley Nelson combines newsreel footage, rare photos and new interviews with the activists who faced danger to fight prejudice in the documentary Freedom Riders, which was an official selection at the 2010 Sundance Film Festival. ~ Mark Deming, Rovi

Do you need help with your promoting? - http://sormag.com/advertise.htm
Posted by LaShaunda at Thursday, February 09, 2012