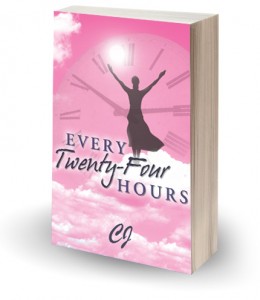 Eileen knows she is a ticking time bomb. Breast cancer runs in her family: Her mother and grandmother both died of the disease. And yet, when Eileen herself falls ill and must undergo a double mastectomy, she’s unprepared for the shock of confronting her own mortality. For help, she leans hard on her family: her eccentric and outspoken aunt, a kind friend who embodies the word “sisterhood,” her red-headed cousin whose free-spirited nature results in a revolving door of men as diverse as the United Nations, but who gives Eileen an unselfish gift that leaves the entire family speechless, and her two spirited young sons, who bring out her momma lioness.
Eileen’s certain she can teach her cancer a lesson; but cancer has some lessons in store for her. As she battles her disease, she must confront the true nature of her relationship with her less-than-loving boyfriend, she must reconcile her own cancer experiences with memories of her mother and grandmother, she must turn to God and faith more than ever before, and when an old flame reappears in her life, she might finally get her happily ever after—but only if she can find the strength to seize it for herself.

Scene 1
Overwhelmed, she let her head fall toward the table, and she buried her tear-soaked eyes in the bend of her arm. Why is this happening to me? Her chest felt heavy. Her mind was singed like blades of grass during a summer drought. Deep within there was still life, but the diagnosis made her exterior crumble. Seconds later a nauseous feeling overcame her, and she rushed to the bathroom, fell to her knees, and emptied the contents of her stomach in the toilet. She tucked her dangling hair behind her ears and rested her hands on the white porcelain throne as clear liquid continued to come up. When the flow had finally stopped, she slowly lifted herself up. Her knees cracked as her legs straightened. Standing, she made her way across the linoleum to the small wooden vanity. A toothbrush and a washcloth freshened her up instantly, but neither removed the excruciating pain of reality tearing through her head.

Scene 2
The corners of his mouth turned up. Eileen’s cheeks warmed. Within milliseconds, her insides felt mushy as a Popsicle on a hot summer’s afternoon. He was tall, handsome, clean-cut, and somewhere in his early twenties. His broad chest sculpted his tailored blue suit, and the scent of his cologne, geraniums with a woody musk base was a delight to her nose. Her mouth filled with saliva. Now she understood the hype in psych class about Pavlov’s dog. She swallowed several times.

“Yes.” She stood before him, mesmerized. Was jet fuel pumping through her veins instead of plasma? All she knew was that her head was definitely in the clouds.

Scene 3
“Okay, but did you make sure the gun is still here?” Sammy asked.

“No, but he wouldn’t take the gun. We only have it in case someone breaks in.”

“I don’t think he’d take it either, but I’d feel a whole lot better if you checked. You remember no one thought Tony would try to commit suicide either.”

“That’s ridiculous!” There he goes again comparing James’s emotional state to his father’s. “If it’ll make you shut up, I’ll show you,” she shouted. Eileen stormed to her bedroom. The sea-blue walls looked red through her enraged lenses. She grabbed hold of the doorknob and slung opened the closet door. It crashed into the plaster. But she didn’t care. Sammy had hit a nerve—severed the damn thing with his ice-pick tongue. Eileen pulled out the footstool that James had made her in shop class from beneath the rack of clothes. She saw Sammy watching her tensely. With her feet planted firmly against the wood grain, she reached high on top of the shelf where she kept the gun beneath an old blanket. Sammy offered to help, but she ignored him. Hadn’t he done enough? She ran her hand along the wooden shelf and could feel a metal handle graze her fingertips. With her fingers locked around the metal, she pulled her hand back for Sammy to see. The proof was in her grasp. He was going to eat his words. All of them—choke on them like a big fat side of beef.

Get to Know CJ:

What other books have you written?
My first novel was Stop the Music, a story about domestic violence.  My second novel was Straw Dreams, a story about one girl’s dream to escape a dysfunctional family environment for a better life.  This May, I released my third novel, Every Twenty-Four Hours, which is a story about breast cancer.

Who are some of your favorite authors?
I don’t read as much as I’d like because I work full time, volunteer for Hospice, and am always trying to write something.  However, some of the authors I enjoy are Lisa Dale, Terry McMillan, and Toni Morrison.

What advice would you give others who dream about seeing their manuscripts in print?
I’d tell them to self-publish. They should never let someone else define their destiny.  Some of the rejection letters are brutal, but you can’t let that stop you from accomplishing something you believe in. I don’t ever want to look back at life and know that I didn’t accomplish something I wanted because I let someone else discourage me.

How do you react to reviews about your novels?
Everyone wants a good review, but we’re people and we aren’t all the same and don’t enjoy the same types of books.  I believe there is a market for the inspirational stories that I write, so I don’t mind it if someone doesn’t like my novels.  I just hope everyone doesn’t feel that way.

What do you hope to have accomplished with your writing in ten years?
I hope that the amount of people that I touch with my novels grows by leaps and bounds, and I’d love to someday see something I’ve written be translated to the big screen. But mostly, I hope readers feel empowered by my heroines’ journeys. 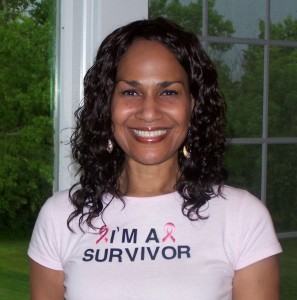 Cynthia Johnson (CJ) is a Christian, wife, mother, college graduate and a career woman.  She is also a breast cancer survivor and Caring Angel volunteer for Hospice of Dayton.  CJ has been jotting down storylines and poetry since grade school.  She has self-published two previous novels, Stop the Music and Straw Dreams, which are both inspirational novels that deal with her love of and dependence on God. She loves animals and long walks on the beach with her husband of twenty-five years.  She someday hopes to retire from her day job and lead a national cancer initiative to provide family support services for cancer patients.

Do you need help with your promoting? - http://sormag.com/advertise.htm
Posted by LaShaunda at Monday, July 23, 2012

This article is really worth reading, it has too much details in it and yet it is so simple to understand, Thanks for sharing the picture it has great detail in it and i really appreciate your true artistic work!