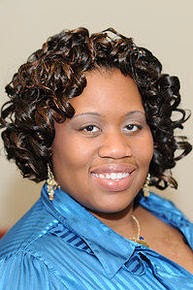 Solomon Greene made a deal with God--If He'd send him an unattractive woman, he'd marry her on sight and do what was spiritually right by God. After all, he needed an ugly wife to help him escape from his sordid past. Celeste Martin made a deal with Solomon. She'd be his ugly wife. All she wanted in return was his name. She was in love with her sister's fiancé and he would be the only man she'd ever love. Solomon had no idea that he'd find his wife fascinating. Celeste didn't know that one taste from her husband's lips would have her wanting more. Yet many strange women were between them. Could Solomon ever escape from his past? Could Celeste ever love her husband? 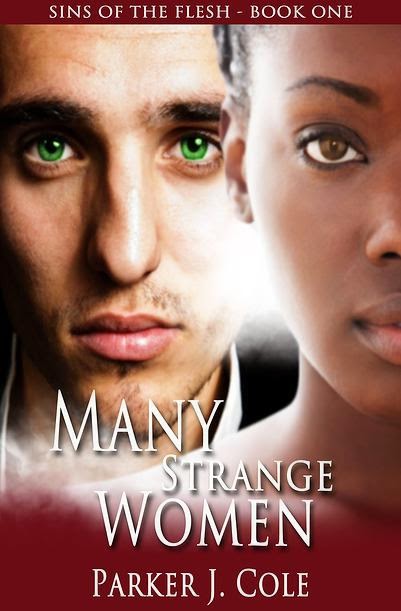 Parker J. Cole is a writer and radio show host who spends most of her time reading, knitting, writing, cooking, and concocting new ideas for stories. Her first novel, Dark Cherub, won Best of Spring Reading 2013 from eMediaCampaigns. She lives in Michigan with her husband and their beloved dog, Sarah.

The thought of kissing her husband was repugnant. The idea had the attraction of eating an apple with a worm in it. The longer Celeste Greene thought about it, the more distasteful it became.

“I hope you don’t intend for me to actually kiss this man, Reverend,” Celeste bit out in a carefully controlled voice.

The minister was a short black man whose gray hair had receded until his head looked like a polished teak wood surface. Dark rimmed bifocals rested on his nose and gray bushy eyebrows lifted in surprise.

“Excuse me, Mrs. Grane?” His voice was deep and rumbled like gravel shifting at the bottom of a fish tank. “I refuse to kiss this man.”

The minister closed the Bible in his hand and pressed it against his Santa Claus belly. He cleared his throat.

“Mrs. Grane, I have married couples for a good many years. I can honestly say I’ve never heard a wife speak so about her husband. Although, the decision is yours, may one ask why you choose not to kiss your husband?”

“Because I don’t know him.”

Celeste could see the minister’s confusion as he glanced over at the tall silent man by her side. She looked at him too but only saw his profile. Her new husband reeked of unwashed body odor and alcohol, although his clothes didn’t display any hint of those noxious smells. In fact, his clothes were perfectly tailored to him, the dark blue suit with its sharp cut and the pastel colored green shirt under it gave her husband a handsome appearance.

Too bad the clothes could not do anything about his stench.

Celeste had no idea her husband had spoken until she realized his mouth moved. He still chose not to look at her but directed his statement to the minster.

“The name is Greene.”

“Indeed? Well, I do apologize for the mistake.”

Celeste folded her arms and turned fully toward her husband.

“Solomon, are you ready to sign the papers so we can get back to the hotel room?”

“Yes, Celeste. Let’s get this over with.”

A scant fifteen minutes later and Celeste felt the sun warm her face as she stepped out of the small church. Of course the June sun blazed brightly in the sky on this, the most unexpected day of her life. The snow shrouded Rocky Mountains in the Denver skyline only added to the physical perfection of the day. Why couldn’t it be rainy and gloomy? Why couldn’t lightning and thunder shake the ground to mirror the feelings that swarmed inside of her? Why should the sky be the bluest she’d ever seen it and the sound of the birds that twittered from tree to tree create a song to accompany her discomfiture?

“I appreciate that you married me, Celeste Greene,” her husband said from somewhere behind her.

She turned, her arms still folded. “It’s the least I could do.”

Gratitude welled inside Solomon’s heart as he once again realized his wife had none of the attributes he found sexy in a woman. He had hoped the woman he married would have the beauty of a gargoyle but a plain face would do just as well.

He studied his new wife. The top of her head reached his shoulder. She held her body stiff and her face remained devoid of expression. It emphasized her unattractiveness. If she never smiled at all, it would be wonderful.

She wore a peculiar outfit—a blue skirt that brushed the tops of her shoes, a blouse buttoned to her neck with long sleeves buttoned at her wrist and her hands were encased in plain white gloves. It had an old fashioned look to it, like something from the pioneer days. It obscured her figure and Solomon breathed a sigh of relief. His belief in God had been restored.

The Lord had sent an unattractive woman to be his wife. His eyes began to water and he blinked furiously. He could hardly break down and cry a bucket of tears in joy right now.

“I’ve called my driver,” he told her as a metallic glint caught his peripheral vision and he whirled his head to see a sleek black limousine Hummer turn the corner and stop in front of them.

Celeste didn’t respond. Her silence made him want to click his heels. A woman who didn’t talk incessantly had to be a godsend. Perfect!

Moments later, he sat by her side as the vehicle moved. The scenery passed and Solomon appreciated it as the light of the sun beamed on the ground. The leaves rustled as a gentle breeze wafted through them and the sight of birds as they flew by lifted his spirits. It was a lovely June day and he’d found his wife.

Thank you so much for spotlighting my book on your blog!