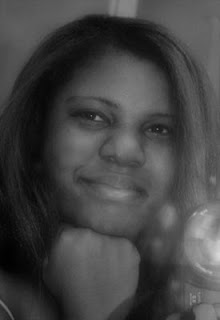 Rae Lori is an avid reader and viewer of science fiction, romance and fantasy since she was young. She enjoys merging the genres to create an adventurous reading experience in her own work. Throughout her writing career, she has garnered credits writing movie reviews, fiction and articles on the comic book and film industry.

Currently, Rae makes her home in Phoenix , Arizona where she pens her stories and works as a graphic designer. Learn more about her work at: http://www.raelori.com/ She loves to hear from her readers so feel free to drop her a message! Rachel@raelori.com

I hope readers are entertained and learn a little bit about some interesting historical facts in the process of reading my book. I love to write with a speculative bent and I think readers of dark fantasy, romance and a little bit of horror will get a kick out of my Ashen series.

I wanted to write a traditional vampire story. I was in the process of writing about a vampire-like race while working on Cimmerian City but I wanted to do something more fantasy and less SF. So to satiate that craving, I started the Ashen Twilight series. It's interesting because it grew to be so much more than what I anticipated. I got to do a lot of research in various cultures like Dahomey in West Africa (now called Benin) and Scotland and I learned a lot of history and mythology I didn't know about before.

Definitely a lot. I learned a lot about the Fon people of Dahomey along with their beliefs in how the world was created and of their language. I also found out they had their own fairy myths which is what really inspired my book. There wasn't much info on what exactly the fairies were so I had a bit of leeway to make my own mythology while incorporating some of the Dahomey mythology as well. I also learned they have their own vampire myths which I would love to explore in my second book.

In addition I also learned some Scots Gaelic thanks to my wonderful editor and was able to put some Scottish history and mythology in the story.

Hmm, it would probably have to be the scene where my hero and heroine meet for the first time. Both have their own respective worlds and cultures they come from and whatever myth they knew growing up clashes with what and who is standing before them. So that was really fun to write because I got to add a lot of my research to mold the character's interactions.

Probably that writing is definitely a process. There's a lot of thought and reworking that goes into it and many times what you see on the page is very different than what it was before. It's weird, growing up I used to zip through book after book but it wasn't until I really wrote my own books that I realized how strange it is to take up to years to write a book but it can take hours or days to read one and form a conclusion. It's an interesting situation, much like filmmaking I imagine.

That I can always do better. I love reading different writers' opinions on writing and I admire the ones who always strive to do better than they can. And that's what I try to do with each story I write and each genre I explore.

Probably finding the right home for my work and the best way to get it to readers. There's a saying that goes the writing is the easy part and in many ways that's true. If you want to be a published writer, there's lots of pre planning and research to finding the right publisher in your work and sometimes things pop up that take you completely by surprise that you didn't anticipate. Sometimes it's a good thing and sometimes it's pretty bad. But you learn from it and apply it to the next time you do the same thing because you are that much wiser for it.

I don't write everyday and I give myself permission to write a crappy first draft. In fact, much of my first drafts usually aren't seen by anyone but me until I go through and self edit and rewrite it the way the story dictates. I usually have different levels of writing.

Level 1 is get the story on the page no matter how bad it is. As long as the story is down, I can mold it later. This is probably the hardest because it takes a lot of brain power and I have to push myself to keep going no matter what.

Level 2 is my rewriting stage where I go back and make sure the words make sense and the characters actions are in with the continuity. Sometimes I do this at the half way point where I need a break and want to make sure it all fits together coherently. Sometimes (but very rarely) it's at the end. Mostly my brain won't let me write straight through. I like this part because the story is written and it just needs some tweaking and adding on.

Level 3 is where I go back after leaving it for a while and self-edit. I usually have a pair of fresh eyes at this point so I put my reader hat on and think about if I bought this story, how would I feel about it? What would I change? Are the characters doing things that make sense to me? And I create accordingly.

Level 4 is the heavy edit where it's halfway out the door to my editor (or critique group depending on the project). I have a list of crutch words and repeated words that I try to stay away from (thanks to my previous editors!) so I take these out as much as I can while making sure my prose is still getting the visuals across.

At this point, I have to make sure I'm really satisfied with the work before sending it out to other eyes or else I go and repeat a level just to make sure.

I wish I had known a little bit more insider information back when I first started writing! *laughs* But I do value what I know now. I think the path I took taught me a lot and I probably wouldn't be in this position if I took another road.

I do some blog and forum hopping and get to know different kinds of readers. Some are aspiring writers and I love to give them some tidbits because I see some great stuff that would be awesome on the marketplace. It's definitely in need of some new voices and stories. I also meet new readers through forums run by other writers and some of my social networking like on Facebook or Twitter.

Oh wow. Diana Gabaldon would definitely be on that list. I'm a new fan because her prose is gorgeous and I love her way of storytelling. She really makes you feel like you're experiencing exactly what the characters are feeling and doing. It'd be so fun to pick her brain. Also Philip K. Dick would be a blast because his brain would be even more fun to pick (unfortunately, he's deceased). Last I'd probably choose Bram Stoker just to see what he was thinking while writing Dracula.

Definitely. A do would be to learn the craft and ask questions to be the best writer you can. A don't would be don't believe that the path to publishing is a one size fits all. What may work for another writer may not work for you and sometimes I see aspiring writers listening to the general opinion. Look at your goals for what you want to do with your writing career and plan accordingly.

They can feel free to reach me at Rachel@Raelori.com (I love to hear from readers) and check out my current and upcoming releases at http://www.raelori.com/. I'm also on various networks like Twitter, Myspace and Facebook so you can catch me there or on my blog (http://raelori.blogspot.com/) as well.

Sure thing! It'll be entitled Within the Shadows of Mortals and it'll deal with the next chapter in the Ashen series. Jace and Ariya will hit a rift as reality sets in when mortals find out the existence of the immortals in their world. There will be lots of little side stories including Julian's relationship with his formerly estranged son, the Hammond past and how they meet then deal with working alongside the Archanes and Ariya's move to rid the Aziza realm of another threat that may have been brought on by her love, Jace. I should have an excerpt available at my website for the books (http://www.raelori.com/akoat-main) so keep an eye out on that page or feel free to join my newsletter for all sorts of exciting news to come!

Our theme for this month is Resources On The Net, what three resources do you use on the net?
I use Booksquare a lot to keep up with current publishing news. Kasia is great over there because she offers some wonderful suggestions on where the industry could go and where they're headed. I also visit Dear Author to keep up with publishing news and what's on the mind of readers in today's market. Finally I also visit Readers Rooms (formally Blogging in Black) for some wonderful writing advice and posts on being a writer. I highly recommend these sites to aspiring writers. I also have a Writer's Resources page on my website (http://www.raelori.com/resources) where I've gathered lots of posts around the web for aspiring writers, articles, forums, agent and editor sites, writing organizations, book lover networking sites, lots of goodies to help aspiring authors learn the craft of writing.

Thanks for having me stop by LaShaunda! 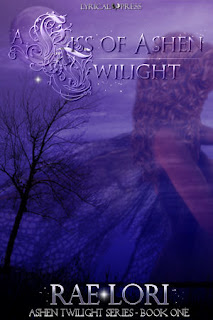 A Kiss of Ashen Twilight

An attack on her family drives Ariya to seek protection at the Ashen Twilight House. Once there, she encounters only more danger, along with the dark rescuer who haunts her dreams.

Jace Archane is a vampire on the hunt, and distractions like Ariya are the last thing he wants or needs.But their survival might just hinge on one another when a vicious elemental creature threatens the underground world of Nightwalkers, Lycans and Shifter Elves.

Caught between a shared enemy and otherworldly love, Jace and Ariya must unite before fear can tear them apart.
Posted by LaShaunda at Friday, March 13, 2009