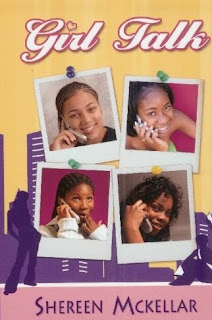 Confession on an Answering Service is about a fly, but shy sixteen-year-old girl who has a crush on her classmate as big as Pennsylvania. Will she finally tell the object of her affection how she really feels? Or will she keep her feelings on the down low in fear of rejection?

In Kiss And Tell, Essence is sick and tired of her girlfriends constantly hooking her up with every guy who has a heartbeat and a pair of legs. With the help of her best friend Sean, she devises a scheme to put an end to their relentless matchmaking.

Cloud Triple Nine is a humorous tale about three best friends head over heels in love with the same guy-their English teacher. Which one of them will he pick for steady after school sessions?

In What A Sista Wants, you meet Yasmine Harley who has everything going for her. She's smart, funny, beautiful, independent and has more curves on her than a roller coaster at Great Adventure. But, there's one thing she doesn't have-a man. That is until she meets Jacquese Wilson. He's successful, charming, sexy and covered in the smoothest darkest of chocolate. Before she can say "love," she finds herself in a relationship with him but realizes that like a lot of things, love isn't perfect.

So go grab a bag of potato chips, kick off your shoes, relax your feet and lie back to enjoy some...GIRL TALK. 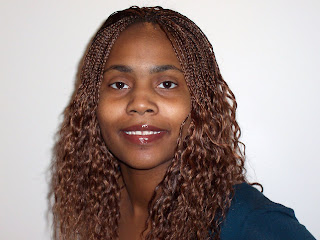 Born and raised in Philadelphia, PA by her parents and older sister, Shereen McKellar developed a love for reading. She was an avid reader of books by Judy Blume, Beverly Cleary, Paula Danziger and the different children/young adult book series such as Ann M. Martin's The Babysitters' Club, Francine Pascal's Sweet Valley and Betsey Haynes' The Fabulous Five.

Shereen's first two book series Summerdale Friends and Greenfield Friends which she created during her pre-teen years was inspired by those series she enjoyed reading. Although she loved writing and received numerous recommendations from classmates and friends to pursue a writing career, Shereen had dreams of becoming a famous choreographer and dancer. It wasn't until she acknowledged her lack of passion for dancing and read Omar Tyree's Flyy Girl that she aspired to become an author.

She attended both Community College of Philadelphia and Temple University where she took various Creative Writing classes. Once she received her B.A. in Broadcasting, Telecommunications and Mass Media, she began to work on Girl Talk, a collection of teen chick-lit stories. Girl Talk is a combination of personal experiences, other individuals' personal experiences, things Shereen wished would have happened to her and good old imagination.

Currently, she is at work on her first novel and thinking about half a dozen more writing projects.

FOR A CHANCE TO WIN A COPY OF THIS BOOK LEAVE A COMMENT.
Posted by LaShaunda at Wednesday, March 18, 2009

Wow, this looks like an amazing book. I have a 13 year old, 15 year old and 17 year old. All girls! Yes, I know, the drama is unreal. I am always trying to check out the books they are reading to make sure it is appropriate and to my disappointment and theirs, a lot of them aren't. I would really like an opportunity to win this book.