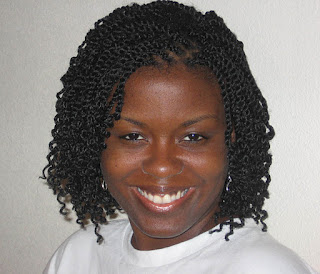 Mimi Jefferson was raised by a single mother and grew up longing for a father. As a young woman, she searched for validation and acceptance in men and accomplishments. Broken and discouraged by life, she knew she needed a change. At the age of 25, she started out on her journey to wholeness. She found the love she was searching for in Jesus Christ. It wasn’t enough for Mimi to obtain wholeness; she wanted to bring other single women along for the journey. Eager to share her path to restoration, she completed her debut novel, The Single Sister Experiment.

In 2007, Mimi signed a contract with a major publishing company. The Single Sister Experiment has sold thousands of copies and ministered to women young and old throughout the country. Readers relate to her brutal honesty, real-life experience, believable characters, and encouraging style. Mimi’s long awaited second novel The Bride Experiment, was released in September 2011.

Mimi is passionate about ministry and has spoken to countless women in book clubs, women’s conferences, Bible Studies, workshops, and churches. She is a graduate of the College of Biblical studies with a B.S. in Christian Ministry. She lives in the Houston area with her husband and daughters.

I had a conversation with a friend over lunch. Throughout the lunch my friend's cell phone kept ringing; different women were calling him. After answering the phone one time he looked at me and said something like, “I haven't spoken to her in weeks, but I bet I could convince her to have sex with me again. She will probably resist at first, asking me where I've been and why I haven't I called. But eventually she'll give in.” Later on he answered the phone again and after hanging up with yet a different woman he said something to the effect of, "You know, you women don't know your power. You are selling yourselves too short.”

I was alarmed. I heard how he was talking to the women on the phone. They had no idea he really believed they had power they had failed to tap into. I wondered if I had failed to tap into my power. Did all women have it? I know it makes absolutely no sense, but that night I started writing what is now the first chapter to The Single Sister Experiment. I believed that if someone gathered all the single women in the world and told them just how powerful they were, lives would change. I wanted women to meet, talk, and eventually unleash their undiscovered power. I knew there was no way that all single women could get together in one place, so I created a fictional meeting place. That’s how I started writing!

When I wrote my first novel I had plenty of free time. I can remember writing for hours and hours in one sitting. This was not the case with my second book. I found out my completed manuscript was due to my editor the same month I was expecting a baby. I was also caring for our two-year-old at the time. This scripture, Job 42:2 came alive for me as I wrote this novel. It says, “I know that you can do all things; no plan of yours can be thwarted.”

When they reach the last page I want readers to feel as if they connected with James, Raquel, Joan, Tisha, and Lila. My goal was to create characters so human they jumped off the page. I want readers to cheer for them, to be angry with them, to laugh with them, and to cry right along with them. I know I've read a good novel when three things happen. First, I start talking about the characters as if they are friends of mine. Secondly, I'm telling everybody I know they need to read this book! Thirdly, long after I have finished the book the characters still cross my mind.

I thought long and hard about my character Joan. I wanted her to be believable. That meant she had to make mistakes, confront challenges, lie if she thought it was necessary, make wise decisions and sometimes make really stupid decisions. I wanted a woman every woman could relate to. She's not based on one woman I know. She's based on every woman I know. Joan's complicated, she can be confident one moment and insecure the next. She loves her only child James Jr. but sometimes her actions don't show it. She would trade the world to have the complete enduring love of one man but you will never get her to admit it. It's easy for her to forgive other people but she has a hard time forgiving herself.

I have been known to journal through my characters eyes in order to hone in to what really motivates them and to get closer to that secret part of themselves that they would never open up to public scrutiny.

I am surprised that my readers take the time to email me. What a blessing!

I love those divine connection moments. For some people my books are much more than entertainment. Once I told a lady what my first novel was about and she started crying. We were in the middle of a bookstore. She had recently decided to make some changes in her life. My presence was simply confirmation from God. It still amazes me that my books find people at just the right time.

Some days it is hard to remain disciplined. There are times, especially early in the morning; I want to run from my computer.

Do trust that God’s timing is perfect.
Don’t expect it to be easy

I’m not an expert on the publishing industry.

The Proverbs 31 woman from the Bible. We have a running joke in our house that the Proverbs 31 woman had to have been married for 31 years. That’s why she was such a good wife and mother. She had a lot of practice. So when it’s 5pm and I still don’t know what’s for dinner or it’s time for dance class and I can’t find my daughter’s leotard; I remind my husband that we have only been married for five years. Thus, I’m only a Proverbs 5 woman!

I like to read and watch cooking shows. I have a collection of cookbooks. Maybe one day I’ll actually use them.

I launched The Single Sister Experiment Yahoo Group with the release of my first novel.
In this group we discuss the characters as well as real life situations. We also share praise reports, prayer requests, and testimonies. Members can ask me questions about my work. They are also notified about my book events, interviews, and speaking engagements. I’m on Facebook and am currently working on a new ministry site, I hope to launch it soon.

Our theme for this month is BUSINESS OF WRITING. What were you surprised by about the business side of writing?

The business side of writing can be overwhelming. I was completely unprepared. There is so much to learn. I am still learning.

Obey God and leave the consequences to Him.

Can you give us a sneak peek of your next book? How can readers get in contact with you? (mail, email, website)

I am working on The Marriage Experiment: What Happens When the Honeymoon is Over? I am so excited about this book. However, it is still in the early stages. It will be about three newly married couples tackling the first year of marriage.


The Bride Experiment: What Happens When Single Women Get Fed Up? 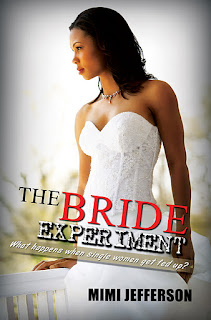 James has been playing both his fiancée Raquel and on-again-off-again girlfriend Joan for so long, it’s about time his actions caught up to him. Except this womanizing cad is about to get more than he ever could have bargained for when the sins of his past backfire in life-changing ways. James learns Raquel’s been harboring an explosive secret and plans to use it against him. But he beats her to the punch—turning the tables on her. The tragic events that ensue leave him spiraling out of control, until he gets introduced to a group of single men who love God intensely and treat women like precious jewels. Living for the Lord brings a multitude of unexpected consequences for James. But can a ladies’ man really become God’s man?

Do you need help with your promoting? - http://sormag.com/advertise.htm
Posted by LaShaunda at Friday, October 28, 2011