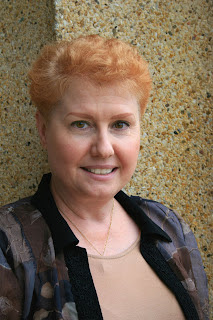 J. M. Hochstetler is the author of Daughter of Liberty and Native Son, books 1 and 2 of the American Patriot Series set during the American Revolution. Book 3, Wind of the Spirit, will release in January 2009. With her cousin, author Bob Hostetler, she is writing a novel based on the massacre of three of their Amish Mennonite ancestors on the Pennsylvania frontier during the French and Indian War, the Indian captivity of the survivors, and their eventual return home. She and her husband make their home near Nashville , Tennessee. 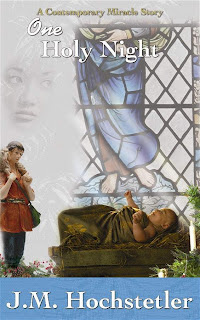 On this bleak Christmas Eve, what God has in mind is a miracle. As on that holy night so long ago, a baby will be born and laid in a manger--a baby who will bring forgiveness, reconcilliation, and healing to a family that has suffered heart-wrenching loss.

By the time they reach the end of the book, I want readers to know the depth of God’s love for them and that Jesus is their Savior. I want them to be assured that when we come in repentance, God forgives, no matter what the sin, and fully reconciles us to Himself and to others. And I want them to know that death does not have to be a tragic separation from those we love, but that for those who know and serve God, death is only a portal to eternal life together in God’s kingdom.

What have you learned through the process of writing, pitching, and now promoting your book?

Oh, too many things to mention! In writing, I’ve learned that when I focus on God and what God would have me to write, the stories come with power. In pitching, I’ve learned that the important thing is that I write the story God would have me to write rather than trying to tailor stories to what publishers are looking for. When there’s Holy Spirit power in the story, it’s going to get published one way or another. God’s word will not be void. And in promoting my book, I’m learning that the job is never done. It’s something you have to work on constantly. The Internet alone has opened up so many avenues for getting the word out, and the technology keeps changing at warp speed.

First, that I would have saved myself a lot of fruitless effort by placing my focus on God instead of on the work He called me to do. God’s first purpose for our lives is that we know Him, and everything else flows from that. If you don’t get that in the right order, you’re setting yourself up for frustration.

Second, that the process itself is the most important part of this journey. When God calls someone to write for Him—or any other endeavor, for that matter—His purpose is first of all to change and renew that person through the process of obedience. And that learning process can only be effective as we focus on following Him instead of on doing the work.

Third, that I need to stay light on my feet and be ready to take those sharp 90 degree turns God has a way of dropping into our paths. That’s what happened when God called me to found my own small press to publish extraordinary fiction that glorifies Him. He had to nag at me for a while to get my attention, but one day the light finally dawned. And the moment I said yes, all sorts of crazy things began to happen. Anyone who says serving the Lord is boring obviously doesn’t have a clue!

My favorite part is doing research and editing my rough draft. The part I hate is coming up with the rough draft.

What’s your secret to balancing career and family?

My kids are grown and out of the house. Seriously, that’s a huge factor. I have no idea how mothers of young children who are published maintain their writing career. I didn’t get published until after my kids had left home. While they were at home, my writing time was always being interrupted by the urgent, if not always important, needs of my children and husband. Now, while I’m careful to set aside time for my husband, children, and grandchildren, my family no longer needs my attention on a constant basis. That allows me much more time to focus intensively on my writing projects and on developing my small press, Sheaf House.
Posted by LaShaunda at Monday, December 24, 2007