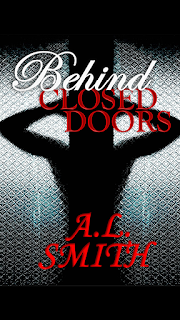 "The strongest among us are the ones who cry behind closed doors, have the ability to smile through silent pain, and fight battles that are obscured by shame.”
For Sierra, Alex and Latrice, the innocence of childhood was lost at an early age. The three cousins transition into womanhood carrying a secret that would influence their lives and threaten to destroy their family. Choosing significantly different paths as they struggle to deal with the psychological effects of abuse, the three are eventually driven apart. Through a series of unlikely circumstances, the heroine of the story, Alex, reconnects with Sierra and Latrice. The meeting would ultimately set the stage for atonement.
Excerpt
​ “Why, Keith?”

She didn’t ask if he was guilty, she simply asked “why?”

​ Everyone looked at her as Keith looked at the floor. Suddenly it all made sense. His mom must have known about his sick attraction for little girls all along. Incredible, I thought, trying to put everything into perspective. If she knew her son was capable of such horrible things, why didn’t she do something to protect us? The silence was uncomfortably thick, and then all of a sudden my grandmother made a statement that was barely audible, but I heard her.

"Aw shucks, y’all stop all this nonsense. That boy is just like his granddaddy. Peabody was the same way.”

I couldn’t believe it! Just like that he was justified. Recalling a scene from The Color Purple, I guess Miss Sophia was right when she said, “a girl child just ain’t safe in a family of men…”

​“Sure was,” my grandmother’s sister chimed in.

“Sierra, how could you let him do that to you?”

This would become one of the worst days of my life. It is permanently etched in my mind and replayed on a daily basis. I never know when the thoughts will come and I haven’t determined a specific trigger. The images just suddenly appear and I’m held captive by my own mind until they fade away. 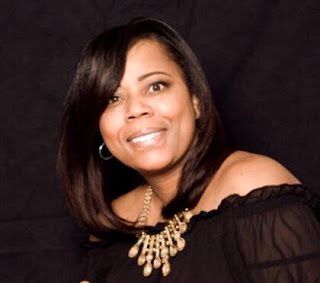 Dr. A.L. Smith read her first full-length novel (The Boxcar Children, by Gertrude Chandler Warner) in the third grade and it spawned her passion for reading. According to Dr. Smith, the hallmark of a great story is the resounding presence of a character that transcends the final pages of the book.

Dr. Smith is a native of Frierson, La. She attended Grambling State University on a basketball scholarship and later joined the school's Army ROTC program. Upon graduation in 1996, she became the university's first Army ROTC cadet to receive a commission in the Army Nurse Corps. She's a practicing Certified Registered Nurse Anesthetist with a Doctorate of Nurse Anesthesia Practice degree from Texas Wesleyan University. Her research study ("Evidence-Based Selection of Sedation Agents for Patients Undergoing Endoscopic Retrograde Cholangiopancreatography") was selected for publication in the 2016 edition of the Journal of Gastroenterology Nursing issue 39 volume 2.

In 2010, she participated in humanitarian relief efforts during the devastating earthquake in Haiti and provided anesthesia services to a countless number of victims, many of whom were children. This experience would have a profound impact on her views concerning socioeconomic disparities here in the U.S. and countries abroad. She's a member of Alpha Kappa Alpha Sorority, Inc. and takes seriously the organization's motto "Service to all Mankind". "In as much as you've done to the least of the..." is her personal motto.


Get to know Angela:

1. What was the inspiration for your first novel?
Some years ago, I attended a book club meeting in Atlanta Georgia, where I was surrounded by a group of extremely intelligent and successful women. Ten women were present and nine of them shared personal stories of childhood abuse. Surprisingly, a majority of the women were sharing their stories for the first time. Fear and shame were the common denominators which led these women to suffer in silence. This would become the primary inspiration for writing my first book.

2. What process did you use for character selection?

The characters are largely a product of my imagination but they were created specifically for the purpose of demonstrating some of the potential effects of childhood abuse, which include drug and alcohol addiction, low self-esteem/promiscuity and relationship dysfunction.

3. Is there a particular character that you identify with the most?

Alex, hands down. I found myself channeling many of my personal ideas and emotions concerning dysfunctional  relationships through her character.

4. The urban fiction genre is an extremely competitive market and seems to be growing by leaps and bounds. What are your thoughts concerning the future of the industry?

Competition is essential for growth in any industry. The urban fiction industry is overflowing with an abundance of talented authors and avid readers. I believe the urban fiction market has the potential to sustain itself.

5. What are the keys to success for urban fiction authors?

Capturing and maintaining your audience is most important. I'm still new to the author side of the industry and still trying to build my brand. However, I listen to the readers. Currently, the most critical commentary is related to the issue of repetitive story lines and a perceived lapse in the overall quality of finished products. The urban fiction genre is extremely unique because it embraces a particular set of characteristics, issues and circumstances that are consistent with urban life. Therefore, it stands to reason, these stories will be repeated time and time again. In light of this reality, an author's ability to recreate these stories in a unique fashion with attention to detail and quality will ultimately determine individual progression and long term success within the industry.


6. What is the primary message for the Behind Closed Doors Series?

According to recent statistics, one in five girls and one in twenty boys are subject to some form of childhood abuse. Sexual abuse is often hard to identify due to the lack of physical wounds and the veil of secrecy which further obscures the crime. Without a doubt, my primary goal is to increase awareness concerning this issue and provide victims with a platform for healing.

What are your future plans as an author?

Behind Closed Doors 2: Redemption is scheduled for release in the coming weeks and I'm currently working on my third project which is a stand-alone urban fiction/medical thriller. The production of my trailer for Behind Closed Door 2 was an extremely exhilarating experience for me. I'm currently exploring some ideas concerning the production of "movie-like" trailers for other authors.
Find the author and the book:
Website
alsmithbooks.com
Amazon
http://www.amazon.com/Behind-Closed-Doors-L-Smith-ebook/dp/B015DGN99E/
Links
Twitter   @akangela1
Facebook   A.L. Smith
https://www.facebook.com/alsmithbooks
Instagram  @akangela1
Trailer for Book 2
Watch “Behind Closed Doors - Official Trailer (2)” on Vimeo: https://vimeo.com/137321122
If you enjoyed this post, please consider becoming a member of SORMAG's community - Join Today

Posted by LaShaunda at Wednesday, November 18, 2015 No comments:

Book Of The Day - Calling Her Bluff by Kaia Danielle 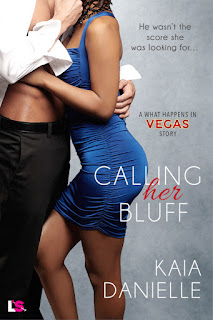 He wasn’t the score she was looking for...

Romance author Kamaria Wilson came to Las Vegas with nothing to lose. A one-night stand with a delicious man is just the distraction she needs…until one night with him doesn’t feel like enough. Panicked, she skips out on the morning-after encore and hides out at the poker tables.

After his hot one-night stand goes MIA, security specialist Jack Aldirisi is sure he’ll never see her again. But when he’s called in to the casino for an unexpected “special assignment,” Lady Luck smiles down on Jack. For the rest of the weekend, he’ll be by his missing woman’s side.

She insists their powerful connection is nothing more than sex. He begs to difer. And this time, he’s calling her bluff.

Out of the corner of her eye, Kamaria watched his jaw tighten. His deliciously broad shoulders got even broader. Then he leaned down and brushed her locks to the side. His lips mere inches from her neck. His breath tickled that spot on her skin, making her throb in all the right places. Was elevator sex legal in Nevada? “I distinctly remember you mumbling something about ‘best orgasm ever.’” He breathed the words against her neck. She closed her eyes. Do not shiver. Do not shiver.

She turned her head. Now their lips were almost touching. “And wiping a tear from your eye,” he continued. He swiped away an imaginary tear and then smirked.

God, he was entirely too gorgeous when he smirked like that. His dimples cut into his cheeks like deep lickable crevices. He was total hero material. Maybe she could convince him to pose for her next book cover. All big and bold and chivalrous. Everything she wanted her own fantasy man to be.
No, she had to resist his spell. For heaven’s sake, she wrote romantic fiction, she wasn’t supposed to be living it. She crossed her arms. “I had something in my eye.”

“In addition to that best orgasm ever, I helped you out in a tough situation downstairs. You could start with ‘thank you.’ Or, how about, ‘I’m sorry for banging your brains out and then leaving’? Had I known you had any kind of gambling problem, I would have never…” He paused and gently brushed her arm. She stiffened. Just as she suspected. A guy like him would never want to get mixed up with someone as mess up as her.

“…I would have never let you out of my arms. I woke up wanting to cook you breakfast. Make you scream my name. Again.”

Her breath hitched. Why couldn’t she come up with dialogue like that? This man wasn’t just nice. He was perfect.

She shoved her hands into the pockets of her hoodie, determined to ignore his all too tempting offer. She liked the way he said her name. Said it correctly, too. She tried to force back a smile. He was making it harder and harder for her to think of him as just a fling. “Call me Mari. Everyone says it’s easier.”

Jack shrugged and moved his hand to the wall beside her head. “If I liked easy, I wouldn’t be here…” 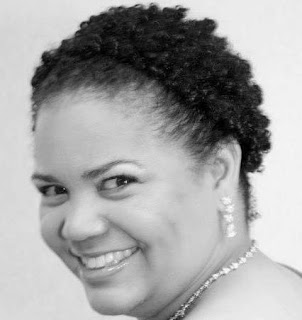 Kaia Danielle writes contemporary romance, historical romance, women’s fiction and a graphic novel that is resisting the revision process. Her short stories have appeared in several national magazines and an anthology. She is an alumnae of the VONA writing workshop. Originally from New Jersey, she now calls coastal Georgia home. You can find her tweeting about being a Jersey Girl in South Georgia, her foodie adventures and popular culture in general on her @kaiawrites handle.

Purchase link:
All of the links are on my publisher’s page: http://www.entangledpublishing.com/calling-her-bluff/

Posted by LaShaunda at Monday, November 16, 2015 No comments: