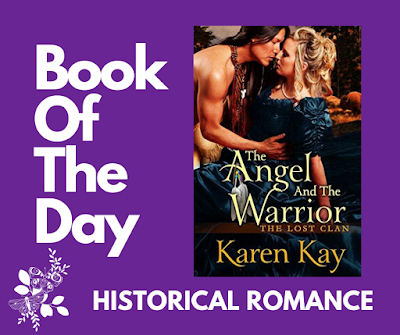 A hunted woman, a forbidden love…and time ticking down on an ancient curse.

Eighteen years ago, Swift Hawk was sent to the earthly realm to try to break an enchantment that curses his clan to a half-life in the mists. As his allotted time runs short, a vision gives him a glimpse of his last chance to free his people: A delicate young woman with translucent white skin and star-like hair.

He never thought his sacred vision would possess the tongue of a shrew.

Angelia Honeywell and her brother Julian fled Mississippi amid a hail of rotten tomatoes and flying bullets. She only fired back in self-defense, but now they are on the run as their father pleads their case to the governor.

With Julian trying to pass himself off as a wagon train scout, Angel knows they need help. When the handsome, black-eyed Swift Hawk agrees to save their skins, she can’t help but be drawn to his compelling gaze. But as they come together in a blaze of desire, the dark shadows of the curse descend, threatening to divide them forever.

Warning: Sensuous Romance that may cause nights of unbridled passion with the one you love.

Do you need help with your promoting? - http://bit.ly/SORMAGADS20
Posted by LaShaunda at Sunday, August 23, 2020 No comments: 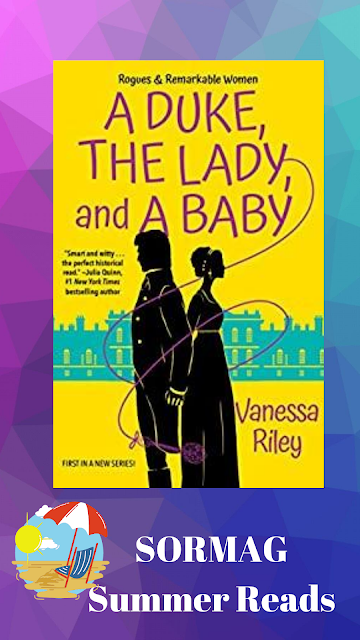 Created by a shrewd countess, The Widow’s Grace is a secret society with a mission: to help ill-treated widows regain their status, their families, and even find true love again—or perhaps for the very first time . . .

When headstrong West Indian heiress Patience Jordan questioned her English husband's mysterious suicide, she lost everything: her newborn son, Lionel, her fortune—and her freedom. Falsely imprisoned, she risks her life to be near her child—until The Widow's Grace gets her hired as her own son’s nanny. But working for his unsuspecting new guardian, Busick Strathmore, Duke of Repington, has perils of its own. Especially when Patience discovers his military strictness belies an ex-rake of unswerving honor—and unexpected passion . . .


A wounded military hero, Busick is determined to resolve his dead cousin’s dangerous financial dealings for Lionel’s sake. But his investigation is a minor skirmish compared to dealing with the forthright, courageous, and alluring Patience. Somehow, she's breaking his rules, and sweeping past his defenses. Soon, between formidable enemies and obstacles, they form a fragile trust—but will it be enough to save the future they long to dare together?

Posted by LaShaunda at Wednesday, August 19, 2020 No comments:

Book Of The Day - By Heart by Marcia King-Gamble 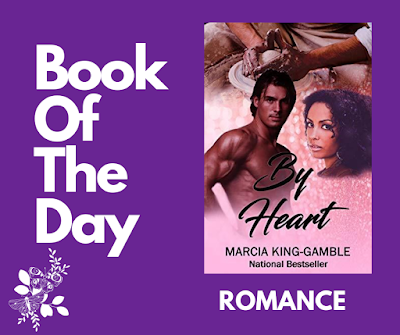 Cynthia Lawsen (Cyndy) first introduced in By Design is totally off men. Her last romantic encounter was not a pleasant one. The only good that came of it was her beautiful son, Eli. Eli is her entire world until Jacques Moreau comes along. Half Algerian, sexy as they come, and a talented sculptor, he's everything Cyndy has dreamed of and thought she could never have. But Jacques has his own secrets, and she suspects he's in love with someone else. And although Cyndy knows he's completely out of her league, she's determined to live in the moment.

Jacques' goal is to sweep this delightful woman off her feet. But the elephant in the room remains --- the matter of the other woman or is it women? Is Cyndy a fool to hang in there, or should she move on and find someone completely monogamous?

Posted by LaShaunda at Tuesday, August 18, 2020 No comments: 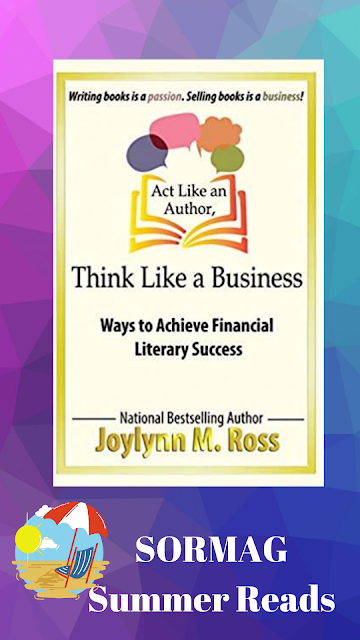 There is more to being an author than writing, publishing, and selling a book. Many authors dive into the literary industry without first taking the time to learn the business side of being an author or how to navigate the waters of the literary industry. With an ever-changing industry, mastering the art of financial literary success is something that can take years. But that is what this tool and resource is for; to shorten your learning curve so that you can start making money with your book and literary business now. Authors should understand their full job description and how to maximize, optimize and monetize that title to help achieve literary success and financial literary success. Whether an author is traditionally or self-published, or has agent representation, their book is their business. The more authors learn the business of writing and publishing, the better relationship they will have with their agents, and the better partnership they will have with their publisher. Publishers, large or small, that want their authors to have a better understanding of the business of being an author, and as a result bring in more revenue, providing this resource to your authors isn't an option, it's a necessity! The same goes for literary agents as well. The more informed the author is regarding the tasks they can implement and execute to generate book sales, the better this benefits the author, agent, and publisher. Talk about a win-win-winning situation!

Book Of The Day - Black States of America by d.E Rogers 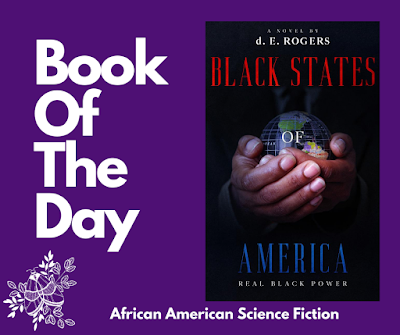 What would have happened if President Lincoln had never been shot in Ford’s Theatre and managed to survive in a parallel universe?

Set in an alternative universe, the Black States of America - Real Black Power, follows an alternate timeline where President Lincoln lived. Thanks to a talented scientist and a former slave's hot air balloon ride through a black hole in the sky, they made contact with President Lincoln which alternated the universe and prevented him from being assassinated.

For almost a century and a half the universe which President Lincoln had died had no knowledge of the other universe existence. It wasn't until the year 2000 when King Jasani, the King of Sea Islands, decided to invite the other universe to share in the technological advances his world had discovered. What should have been a humanitarian mission to share technology soon took a disastrous turn when the United States chose to take the technology for themselves and slaughtered the peaceful people from the Sea Islands.

In the following slaughter and chaos of the unprovoked attack that took place, King Jasani, Queen Ayanna, and some of their entourage fled, leaving their son Lincoln behind believing him to be dead and lost to them forever.

Twenty-five years passed, and Lincoln chose to take a simple DNA test. Having no memory of his parents, he'd always been curious about who he was and where he came from. The results of that DNA test would alter his course and change his life as he knew it forever. Unbeknown to Lincoln, he was setting off a chain reaction which would have a flow-on effect throughout both worlds.

Author d. E. Rogers presents an alternative universe based on President Lincoln surviving and the difference that could have made throughout the world. If you have been searching for a science-fiction book that will have you reading late into the night, then the Black States of America - Real Black Power could be just what you've been looking for!

Posted by LaShaunda at Saturday, August 15, 2020 No comments: 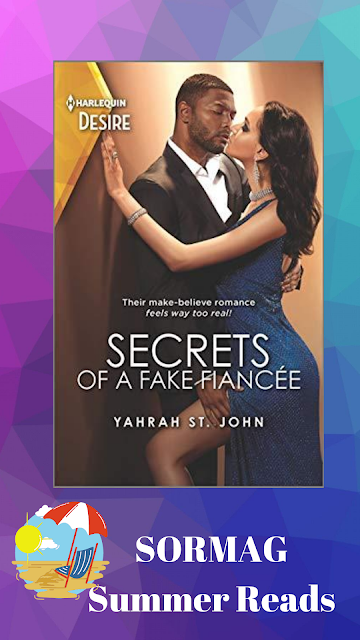 When a make-believe romance begins to feel too real, it’s only a matter of time before secrets are exposed. Experience the drama in this sizzling romance by Yahrah St. John, part of The Stewarts Heirs series.

His proposal is a deal she can’t refuse…

Cruelly rejected by the Stewarts after revealing herself to her birth family, Morgan Young turns to Jared Robinson for comfort. The reformed bad boy proposes they pretend to be a couple to show his own family he’s settling down. And before long, they aren’t pretending! Yet just as Morgan begins to feel accepted, secrets and all, a vicious rumor about Jared’s past threatens them both… 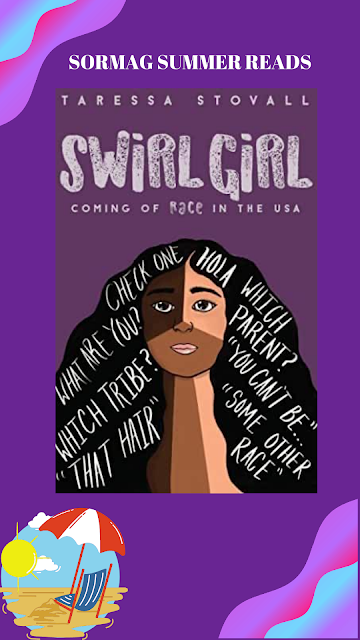 SWIRL GIRL: Coming of Race in the USA reveals how a hard-headed, Mixed-race, "Black Power Flower Child" battles society-and sometimes her closest loved ones-to forge her identity on her own terms. As the USA undergoes its own racial growing pains, from the 1968 riots to the historic 2008 election, TaRessa Stovall challenges popular stereotypes and fights nonstop pressures to contort, disguise, or deny her uncomfortable truths.

Download your copy of SWIRL GIRL: Coming of Race in the USA by TaRessa Stovall
https://amzn.to/2yRXOWY
Join Our Community Today - Learn About The Current Books

Posted by LaShaunda at Wednesday, August 12, 2020 No comments:

Book Of The Day - Love Pour Over Me by Denise Turney 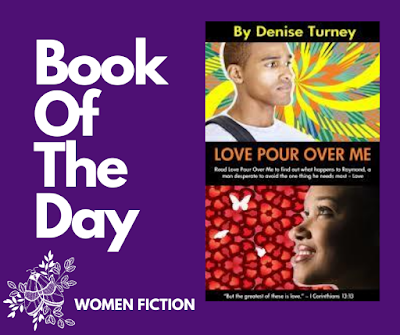 Malcolm, Raymond's father, struggles with untreated alcoholism. Raymond's mother, a starry-eyed dreamer, abandoned Raymond when he was only two years old. Raymond's track and field successes make him one of America's top middle-distance runners, earning him a scholarship to a prestigious university.

But, it's at college, where Raymond's life is supposed to take off, that things really start to get dicey, frighteningly mysterious. Right away, Raymond meets a motley sort of friends, each with a hard-to-believe story of his own. The men enter a lifelong bond. They also make a pact to keep their involvement in a murder secret.

Raymond becomes witness to the murder upon his arrival to college. His desperate attempts to avoid love threaten to keep him from the only woman he's ever truly loved, the woman he was born to love. Anyone who has ever been hurt may absolutely treasure 'Love Pour Over Me'.

Posted by LaShaunda at Tuesday, August 11, 2020 No comments: