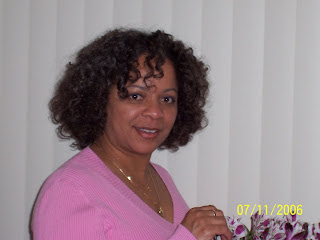 The last of five children, Wynter Cuthbert grew up in Orlando, Florida and is married to her soul mate, Darrell Cuthbert. Together they have four children, J’Tangela, Stephen, Darius and Kirsten.

She attends Macedonia Missionary Baptist Church and is active in the church’s Couples Ministry. In her spare time she likes to spend time with her family, research her family’s genealogy, read, and bake. Her genealogy research has afforded her the privilege of meeting hundreds of relatives she never knew existed and has taken her to the rural parts of Southwestern Georgia and Alabama. It was her research, the wish that her ancestors not be forgotten and the encouragement of loved ones that prompted her to write “Eliza’s Dream: A Memoir of a Southern Soul.”

I suppose there are a few things that I would like my readers to take with them:

The first is that everyone's family has a history that is worth researching and knowing.

The second is that, for the most part, no matter how bad things are in our lives our ancestors lived in much worse situations and conditions. Yet, they were able to maintain their faith in God, have hope for a better tomorrow, teach their children to seek an education and work hard to improve their lives and that of the generations to come. We should pass these values on too.

The third is that no woman should have to endure domestic violence; but as an adult you have a choice to stay or leave. Children don't have that same choice and by virtue of their exposure to it, their lives can be (and often are) endangered. Domestic violence does not occur in a vacuum--if it's happening to you, your children's lives are at risk too.


What have you learned throughout the process of writing, pitching - and now, promoting your book?

I learned that the publishing industry takes persistance because getting a book published isn't just about a person's ability to write; it's also about having the right connections.


What are three things you wish you'd known before you reached where you are now?

I don't really have too many things that I wish I had known because I always believe I am walking along the path that I am on for a reason--although the reason isn't necessarily known by me, there is still a reason. It is plausible that if I had more information I would've taken a different path (maybe even the wrong one). Since I like the person I have become and I love my husband and son, I don't wish about too many things. With that being said, here are two things I wish I had known:

1. I wish that I had known my family's history when I was a child; I think I would have been more disciplined and driven.

2. I wish I had known how difficult it actually is to have a book published. I would have tried to be better prepared.


What aspect of writing do you love the best, and which do you hate the most?

I love writing, but I actually hate typing--my wrists always end up hurting and I am not very good at it.


What's your secret to balancing career and family?

I am not sure that I know that secret myself. I just do the best that I can to avoid cheating anyone. 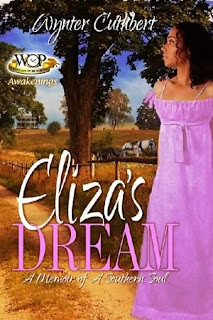 In 1889, Eliza Parker, the beautiful daughter of a bi-racial former slave and a Native American woman, was happy attending school and sharing childish confidences with her best friend, savannah. One day as Eliza and Savannah giggled and went about completing their chores, an older man, Jenkins Lee, called on Eliza’s parents. Suddenly, at the age of fourteen, Eliza found herself betrothed to a stranger and her dream of finishing school thrown away with the bathwater.

After thirteen years of marriage, Eliza has eight living children under the age of thirteen and is pregnant again. While her philandering, physically abusive and usually absent husband rambles in and out of their lives, Eliza finds herself sewing, farming and taking in laundry to support herself and her children in rural southwestern Georgia. When a handsome, attentive, former school friend (Sol) begins to show his interest and Savannah urges her to enter into a relationship with Sol, Eliza comes face to face with her belief in “’til death do us part” and a life threatening situation.

As Eliza struggles to do the right thing, life’s burdens and difficult plights cause her to question the meaning of life and all that it holds for her.

You can find Wynter - wyntercuthbert@myspace.com and on her publisher's site which is http://www.writeonbooks.net/
Posted by LaShaunda at Thursday, December 13, 2007