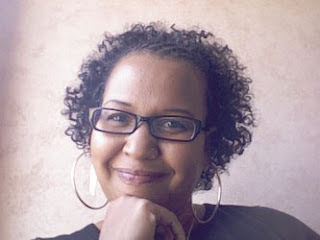 Claudia Mair Burney is the author of Murder, Mayhem & a Fine Man and Death, Deceit & Some Smooth Jazz, both titles in the Amanda Bell Brown Mystery series. She lives in Michigan with her husband, five of their seven children, and a rabbit. Visit her blog at http://ragamuffindiva.blogspot.com/


Zora and Nicky: A Novel in Black and White

Zora Nella Hampton Johnson knows exactly where she comes from her daddy won't let her forget. Of course, for that privilege, he keeps her in Prada and Kate Spade. He chooses her boyfriend, her car, her address and ignores not only her mother, but her own love of painting, art and the old ways of her granddaddy's soulful AME church. Her daddy may be a preacher, but somewhere among the thousands of members, Zora has lost God. And she wants him back.

Nicky Parker, a recent graduate of Berkeley and reformed playboy, also suffers the trials of being a preacher's kid, and he can't remember the last time he saw eye-to-eye with his white, racist, Republican, Southern Baptist father. What he does remember and it will be forever burned in his brain despite myriad prayers to Jesus is the way Zora looked the first time he saw her.

When they meet at a Bible study far from their respective home churches, the first churlish, sarcastic sparks that fly sizzle with defensiveness. But God has a special way of feeding the flames, and though from different flocks, these two lost sheep will find Him and much, much more. 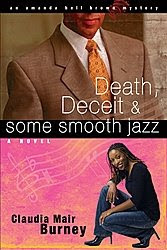 Amanda Bell Brown is a woman on the edge.

How's a woman supposed to nurse a broken heart when her pet sugar glider is driving her batty, or is that squirrelly? The deafening tick of her biological clock and having no Jazz to soothe her makes Amanda Bell Brown one frazzled forensic psychologist.

When Lieutenant Jazz Brown shows up at Amanda's door unannounced, her heart competes with her head as she struggles to do the right thing. Jazz says he wants to reconnect and make their relationship work. But there's just one tiny problem: his ex-wife is found murdered -- in his apartment.

Now Amanda has to strap on her sleuthing shoes -- the cute gold pair -- and work against time to discover the truth, both for herself and for Jazz. But as the body count rises and surprising clues begin to surface, Amanda wonders if anyone can know the heart of a man -- especially her man.
Posted by LaShaunda at Friday, May 30, 2008

Great feature on Claudia. She's one of the best authors in the marketplace.