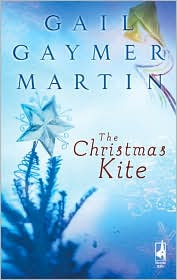 After her in-laws paid her to disappear, single mom Meara Hayden moved to Mackinaw Island to start over. With her faith and her disabled son's enthusiasm, she knew she could do it. But she never thought one simple kite would lead her to love again.

Jordan Baird felt as aimless as the kites he made. After losing his family, he led a reclusive life. Then, unexpectedly, a mother and her special son made him see new possibilities, the happiness of love and faith. Did Jordan dare dream of the riches life had to offer?

“Be careful, Mac.” Meara Hayden’s heart rose to her throat as her son wandered toward the white-capped waves.“Stay back.”

He turned toward her, his mouth bent into a gleeful smile. “Birds.” He pointed upward where seagulls curled and dipped above the rolling waters of Lake Huron.

“Yes,” she yelled, forcing her soft voice above the dashing waves, fear gripping her heart. “Come back, Mac.”

A new crest rose, its frothy cap arching high above the surface. Meara dashed forward. But too late.

The surging water thundered upward, crashing to the shore, then siphoned back in a powerful undertow. Mac staggered against its strength, and as the swell washed the earth from beneath his feet, the water dragged driftwood, debris and Mac into its roiling depths.

As a heart-wrenching gasp tore from Meara’s throat, she dashed into the retreating wave, grabbing him by one flailing arm, and lifted him to safety.

“Mac,” she whispered, her voice quaking with fear. She clutched him to her side and guided him back to the dry sand.

“Wet,” he moaned, pulling at his soggy shorts. Tears brimmed in his eyes.

“It’s all right. They’ll dry.” To distract him, Meara pulled a wrapped cookie from her blouse pocket. “Here, Mac.” Her ploy worked. “Cookie,” he said, brushing his moist eyes with a finger before grasping the treat.

Meara captured his free hand and continued their journey along the warm sandy beach. Glancing over her shoulder, she estimated the distance they’d wandered from the rough, rented cabin. Obviously her choice was a poor one. She hadn’t considered the inherent dangers of the water...and her son.

Mac paused and gazed above his head. “Birds,” he said again, waving the sugar cookie in the air.

“They’re seagulls. You’ll see lots of them around the water.”

“Sea...gulls,” he repeated, his face lifted upward toward her watchful eyes. He waved the cookie, again in the birds’ direction.

Without warning, a cluster of gulls soared over them and swooped down. His body shaking, Mac gasped and grabbed the leg of her slacks, knocking his glasses to the ground, and buried his face against the denim. She held him tightly as the birds gathered on the ground around them and fluttered toward the sweet clutched in his fingers. “Drop the cookie, Mac. That’s what they’re after.”

It fell to the ground, and she snatched up his glasses and pulled the child away. The birds flapped their wings and screeched at one another, pecking and vying for bits of the scattered pieces. She knelt at his side and pulled a tissue from her pocket to wipe his tear-filled eyes. “It’s okay, Mac. Mama should have thought. The birds like cookies and bread, all kinds of food. We’ll be more careful next time.”He nodded, dragging his arm across his dripping nose. “Next time,” he agreed.

Meara pulled his arm away from his face and wiped the moisture with a tissue. “What about your hanky? What does Mama tell you?”

He looked thoughtfully, his dark-brown almond-shaped eyes squinting into hers. “Use a hanky.”

“That’s right. Not your arm, remember?” She used another tissue to clean the sand from his glasses and popped them on his blunt, upturned nose.

He grinned, and, having forgotten his fear of the birds, he scuttled off ahead of her.

Waves. Birds. She hesitated, wondering if they should return to the gloom of their cabin. The late spring sun lit the sky, but did not quite penetrate the foliage of their small rental--two rooms and bath--that lay hidden amidst the heavy pines. Only a few small windows allowed in the sun’s rays, and they were situated too high to enjoy a relaxed view of the lake. Their only entertainment was a fuzzy-picture television--nothing really to occupy Mac’s time. She looked ahead at the shoreline. We’ll walk to the bend and see what’s around the corner, she thought.

A warm gust whipped off the water, and she lifted her eyes to the blue sky dotted with a smattering of puffy white clouds. She felt free for the first time in her life. Free, but frightened. How could she survive alone with Mac? When she first left her deceased husband’s parents, the thoughts of where she would go or what she would do barely skittered through her mind. Freedom is what she’d longed for. Freedom and a chance to raise her son as she wanted, not chained by the Hayden family’s shame.

Meara focused again on her son. Mac’s short, sturdy legs struggled through the sand, his curiosity as strong as her sense of release. He neared the bend in the shoreline, and she hurried to shorten the distance between them.

“Mac,” she called, dashing along the curve of the beach.

When she rounded the evergreens that grew close to the shoreline, Mac appeared far ahead of her, rushing away as fast as his awkward legs would carry him. His arm extended, his finger pointing toward the sky. Expecting to see more birds, she looked up, but instead, she saw what had lured him. A kite. An amazing kite, dipping and soaring above the water. The brilliant colors glinted in the sun, and a long, flowing yellow- and-red tail curled and waved like pennants in a parade.

She halted to catch her breath, clasping her fist against her pounding heart. Her fear subsided. Mac was safe, a generous distance from the water’s edge. He turned toward her, waving his arms above his head. She waved back, pointing toward the kite, letting him know she saw the lovely sight.

He turned again and trudged forward toward the distant figure of a man who apparently held the invisible string.