RAWSISTAZ has been devoted to celebrating African-American literature and promoting authors since 2000, reaching readers and writers all over the globe. They are one of the first organized book review teams who specialize in giving voice to African-American authors of all genres, blazing a literary trail that continues to garner increased awareness, exposure, and recognition for new and seasoned authors alike. In 2006 and again in 2008, Writer’s Digest ranked RAWSISTAZ among its Top 101 Websites, acknowledging what readers and writers around the world have known for nearly a decade: RAWSISTAZ will KEEP YOU IN THE KNOW regarding Black books, authors, reviews, events & more. 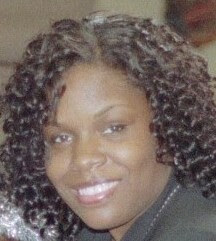 Tee C. Royal is a freelance reader, reviewer, and editor, but known most as the founder of RAWSISTAZ Literary Group (www.rawsistaz.com) which supports and promotes African-American authors and their work. Tee is a literary enthusiast approaching a decade of service to the African-American literary community. In addition to RAWSISTAZ, she's written columns, served as a board member of several literary organizations, acts as the webdiva for various literary and author sites. She's also listed in Literary Divas: The Top 100+ Most Admired African-American Women in Literature by Heather Covington. Most recently, she became a literary agent, representing the works of authors who write across the genres.

Visit the websites at http://www.rawsistaz.com/

Listen to their commercial: