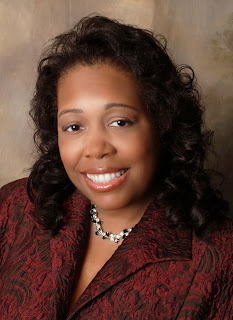 Jacquelin Thomas is an award winning, bestselling author with twenty-nine titles in print. Her books have garnered several awards, including two EMMA awards, the Romance In Color Reviewers Award, Readers Choice Award and the Atlanta Choice Award in the Religious & Spiritual category. Jacquelin was a 2005 honoree at the Houston Black Film Festival for the movie adaptation of her novel, Hidden Blessings. She was the first recipient to receive the Writers Achievement Award at the North Carolina Book Festival in Winston-Salem.

Although Jacquelin initially published in the romance genre, she decided to follow the call on her heart to write Christian fiction because she seeks to write books that will touch your heart and uplift your spirits with tales of characters who yearn to have an intimate relationship with God. Committed to writing books that glorify God and her growing teen audience, Jacquelin published the first of her Young Adult Inspirational Fiction series titled Simply Divine in October 2006. Her second book in the series, Divine Confidential was nominated for a 2008 NAACP Image Award. She has since gone on to publish two more books in the series. When asked why she is so passionate about writing teen novels, Thomas shares that teens are confronted with so much—sex, drugs, violence and abuse, physically and mentally. They need to not only listen to what the world says about these things but also to what the Bible says.

Jacquelin is a member of the National Writers Union, Romance Writers of America and the Society of Children's Book Writers and Illustrators. She is happily married to her best friend and is the proud mother of three children. Jacquelin and her family live in North Carolina.

Jacquelin, tell us about The Ideal Wife.

Marrying a handsome, wealthy lawyer and living in a Hollywood Hills mansion...it's a dream come true for twenty-four-year-old Jana, from the moment Lawrence Collins swept her off her feet and into his luxurious world. True, she put her studies at a local Bible college on hold in order to wed after a six-month whirlwind romance. Beautiful and vivacious, with a stunning body, Jana knows men like Lawrence don't come along every day, and she vows to be a perfect companion -- the ideal wife -- to this sexy, powerful man. But at what price? From her wardrobe and hairstyle to her friends and her choice of church, Lawrence seems to want to change Jana into someone she's not...and soon, the man Jana thought she knew will test her values and her faith with a shocking revelation that goes against everything she believes. How far will Jana be willing to go to keep the man she loves?

How did you come up with ideas for this book?

I was reading about Esther and Queen Vashti in the Bible. I was very familiar with Esther’s story, but found myself wanting to know more about Queen Vashti. The King became furious when she refused his request to show off her beauty to the men in his court and basically divorced her. Some theologians believe she was not being a submissive wife, while others believe she was a woman of high moral character and her refusal was because she felt her beauty should be reserved for only one man—her husband. Then later that day, I was in my car taking my son to football practice and heard Michael Baisden talking about swingers on the radio. During his show, a woman called in, and said that she was married to a pastor and they were into the swinging lifestyle. The Ideal Wife was birthed out of my curiosity about the queen and how a Christian could justify being a swinger. How could something like that honor God’s plan for marriage? 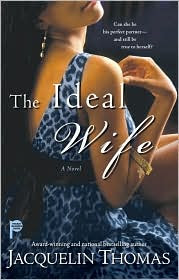 Who are your main character(s)?

Did you have a favorite character(s)? Who and why?

Jana was my favorite. I love her courage and her strength.

Did you have to do quite a bit of research for this novel?

Yes. I knew nothing about wife-swapping or the swinging lifestyle.

What do you hope readers will learn/discover from reading The Ideal Wife?

The Ideal Wife was written to spark open conversation about sex as it relates to a Christian marriage. There are debates on whether or not swinging or wife-swapping is considered adultery—In The Ideal Wife, I attempt to guide readers into the right direction for answers.

Okay, a not-so-fun question. How important are reviews to you as a writer?

I don't read my reviews.

Jana Collins loves her husband with all her heart. But what if love isn’t enough?
Marrying a handsome, wealthy lawyer and living in a Hollywood Hills mansion . . . it’s a dream come true for twenty-four-year-old Jana, from the moment Lawrence Collins swept her off her feet and into his luxurious world. True, she put her studies at a local Bible college on hold in order to wed after a six-month whirlwind romance. Beautiful and vivacious, with a stunning body, Jana knows men like Lawrence don’t come along every day, and she vows to be a perfect companion—the ideal wife—to this sexy, powerful man. But at what price?

From her wardrobe and hairstyle to her friends and her choice of church, Lawrence seems to want to change Jana into someone she’s not . . . and soon, the man Jana thought she knew will test her values and her faith with a shocking revelation that goes against everything she believes—how far will Jana be willing to go to keep the man she loves? With her “ideal” marriage falling apart, Jana—the real, modest, smart, and strong girl who knows what she stands for—must put her trust in God, and follow His guiding light out of the darkness of a broken relationship.

Drawing from a moving scripture tale with an insightful message for women today, Jacquelin Thomas delivers a provocative and enlightening new novel.

Read an excerpt at http://www.docstoc.com/docs/9653509/The-Ideal-Wife-by-Jacquelin-Thomas-(excerpt)

For more information about Jacquelin, visit her at http://www.jacquelinthomas.com

Thank you so much for stopping by SORMAG. I've heard good reviews about your book and plan on reading it next week.

I'm glad to see you tackle such a controversy as swinging. While in the Navy I met a few couples who did this. I've also heard it has become popular again. What I didn't realize that it was in the Christian arena too. However it doesn't surprise me, because just because we say we're Christian doesn't mean we give up the world completely.

What has been the feedback you received from Christians who believe this subject should be kept in the background?

The book was officially released yesterday, so I haven't had to deal with that in particular. However, I believe that we shouldn't keep issues like this in the dark because if someone is struggling with this lifestyle--who can they go to? If not a believer, they are left to the world and will follow its practices.

I too believe no subject should be taboo in our community. I think we should be able to talk about anything.

I've seen how some have kept silent on some issues and it has hurt us instead of helping us.

Thank you for bringing this to the front.

LaShaunda, thanks for introducing SORMAG readers to Jacquelin Thomas' The Ideal Wife.

The book was definitely covered a controversial topic, but I enjoyed it.