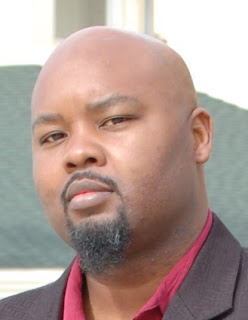 MG Hardie is a literary award winning author that has been featured on WBOK 1230 am, popular Back Talk/Black Talk segment. He has also been featured on Life Remixed Radio, HYPE Magazine Radio, Let’s Talk Honestly Weekly. MG has been interviewed by former Executive Director of KRS-One’s Temple of Hip Hop Sai Browne, George Cook winner of the Marguerite Press Award for best online talk show host in 2006 among others.

Hardie is regarded as one of the fresh new American minds for Real Political Analyst and Social Commentary. Hardie is known for his unique view on Race, Pop-Culture, and Hip-Hop. He is a public intellectual, visionary, and student of human nature. He advocates equality, social justice, and personal responsibility.
Motto "There's no such thing, as too much truth."
To find out more visit http://mghardie.com/
How did you start out your writing career?

I was groomed to be a pastor as a youth, but I really wanted to be a comedian. In High School I had this creative writing class I was basically fooling around in. One day my teacher told me that I had 5-minutes to turn in a poem or he would flunk me. That's how I began my career as a writer.

I learned quite a bit about the fear that people have about expressing their real opinion. I learned that men and women think that they are communicating with each other, but they really aren't. I was surprised to learn just how many of us don't know what real love is.

I have had many wow moments.

Aside from winning my literary awards my biggest wow moment was when I completed It Ain't Just The Size and I read the finished product. I was surprised at how much my writing has grown since my debut book. I was also surprised at how many topics I actually dealt with in my new book.

I hope that people view literature in a fresh way. I want the reader to feel like they got $40 worth when they only spent $15. So as an author I had to cover a lot of bases and do some things that haven't been done before.

What type of marketing has worked well for you?

My books are not typical. It is always hard to get people to read something new and different. Social networking sites, reviews, blogs, and interviews this how the word gets out on my titles.

If you had the opportunity to talk with three writers, who would you choose and why?
I would choose Jack Karorac, James Joyce, and Maya Angelou. Because these authors have all taken enormous risks and have tackled some very tough topics. I would like to pick their brains on struggles and triumphs.

What are three things you wish you’d known before you reached where you are now?
That the book business is sleepless, thankless and how hard-wired people are about not accepting completely new things.

What is your favorite Father’s Day moment?

Every time my children say “I love you”, those are my favorite moments.

If you could visit any place in the world where would you travel to?
I would like to spend a lot of time in Africa.

That writing is a process. Some authors take the easy process others take the difficult process.

That being an author is a full time job, so keep grinding.

Write every day and Don't be afraid to take risks.

I have a hell of a jump shot and I play a mean game of chess and dominoes.

Our theme for this month is BOOK READERS. Name your top five favorite books of all time.

I have so many favorites it is hard to just pick just 5 books. I'll just give you a range of enriching literature:

There is a lot more to come, but the next one is probably a science fiction book. 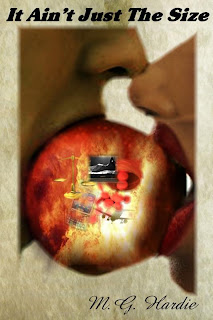 It Ain't Just The Size

Princess has returned home after a 3-year absence to heal her heart. She now seems to have it all: a job and a house. She has everything except one thing, real love. Lance is no stranger to having the odds stacked against him. He is a hard working father, but he believes that he may never really find true love.

It Ain’t Just The Size shows Lance and Princess as they find their way to love. While these two passionate hearts begin their journey towards love many discussions and conflicts arise.

If you enjoyed this post, please consider becoming a member of SORMAG's community - Join Today
Posted by LaShaunda at Friday, May 14, 2010