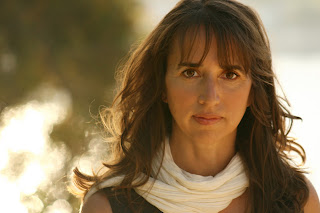 (photo credit: Molly Hawkey)
Isla Morley grew up in South Africa during apartheid, the child of a British father and fourth-generation South African mother. During the country’s State of Emergency, she graduated from Nelson Mandela Metropolitan University in Port Elizabeth with a degree in English Literature.


By 1994 she was one of the youngest magazine editors in South Africa, but left career, country and kin when she married an American and moved to California. For more than a decade she pursued a career in non-profit work, focusing on the needs of women and children.


She has lived in some of the most culturally diverse places of the world, including Johannesburg, London and Honolulu. Now in the Los Angeles area, she shares a home with her husband, daughter, two cats, a dog and a tortoise. 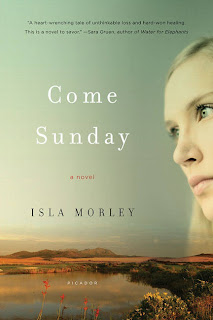 
Abbe is a restless young mother living on the outskirts of Honolulu with her husband, Greg, the pastor at a small church. Their lives are suddenly riven by tragedy when their three-year-old daughter, Cleo, is struck and killed by car. As Greg turns to God and community for comfort, Abbe turns inward and reflects upon her own troubled past. Isla Morley brilliantly weaves the story of Abbe’s grief with a gripping tale of her tempestuous childhood in apartheid South Africa---and how Abbe’s father, a villainous drunk, held her family hostage for decades with his rage, until they finally began to plot their escape from him. Come Sunday is a spellbinding drama about a woman breaking free of her grief and of her past, and what it takes to revive hope when all seems lost.


How did you start your writing career?


I stumbled on it, really. I came back from a year abroad and answered an ad in the classifieds for an ‘editorial assistant.’ Which is a fancy way of saying, “Gopher.” In a couple of years, I went from writing phony Letters to the Editor to being the Editor. It’s weird, writing to yourself.


What did you learn while writing this book?


Just because you sit in the swivel chair and have command of the keyboard doesn’t mean you are always in control of the story. Strong characters have a way of doing things and saying stuff you didn’t plan – kind of like the weird uncle who comes to your house on Thanksgiving. Writing Abbe Deighton’s story also taught me about the tenacity of the human spirit. No matter how deep the grief, life always finds a way.


What did you hope to accomplish with this book?


I never planned to write a novel. In fact, because my early writing career was so unsatisfying, I planned never to write anything but airmail letters back to my mom in South Africa. But once I started capturing Abbe’s journey, I wanted to finish it. And when the finish line got within sight, I wanted to have it published. And when that wild fantasy came true, I realized, “Oh gosh, people are going to read this!” So now I think, “If this can be the book that someone out there needs to read on a rainy day and is moved by it, then I have accomplished something great.”


What is the toughest test you’ve faced as a writer?


Spending a couple of years writing something that in the end didn’t quite sparkle. The old hag who sits in my head and criticizes my every word cackled very loudly when this happened. I have no idea how I’m going to gag her when I start on the rewrite.


If you had the opportunity to talk with three writers, who would you choose and why?


Cormac McCarthy because I love his stories, but also because he knows something about persevering and about not being pulled into the marketing fandango book publishing often requires.


Anne Lamott because she knows God has a sense of humor and writes about faith in an unconventional and authentic way. And because she must just drive theYes-But-What-Category-Does-This-Fall-Into people nuts.


Natalie Goldberg because she taught me about the importance of capturing first thoughts. And because if she came to tea at my house she’d tell me how to fix my second novel (no, she’d probably say something along the lines of “Give yourself tremendous space to wander in, to be utterly lost with no name, and then come back and speak” – p.130 of Writing Down the Bones, for those who wish to look it up.)


Can you give us one do and one don’t for those aspiring to be a writer?


When bad things happen to you, pay attention, take notes. Tell yourself, “It’s all material.” That’s the do part. The don’t is this: don’t work on a computer that’s connected to the internet. It’s just that much easier to check your emails or go trawling on Facebook for old flames whenever you hit a rough patch in your writing.


I borrowed this question from author Carleene Brice… What is your author fantasy?


Because I was adopted at birth, one of my fantasies is having a blood relative find my book in a store and turn to my headshot on the back cover and see an undeniable resemblance. But then my fantasy usually takes a turn for the worst, and the long lost relative who plans the reunion arrives on my doorstep in bib overalls and no front teeth and hands me a sign-up sheet for the Moonies.


What one thing about writing do you wish other non-writers would understand?


I have a friend who reads non-fiction exclusively because he wants to read only about Things That Are True. It’s too bad. There are deep and eternal truths to be found in books, most particularly in those where everything is made up. Both through reading and writing, I have learned how to live a more meaning life. I’ve learned through the stories of fictional characters (some even of my own creation) how to forgive, and how to love.


What’s the best advice you’ve ever gotten about the publishing industry? The worst?


Grow a thick skin is hands-down the best advice. The worst: go online and read about your chances of being published.


If you could visit any place in the world where would you travel to?


I’d like to see the Aurora Borealis. And I’d like to go somewhere remote on a little boat (not the touristy kind) where I can sit and watch whales all day.


What is something readers would be surprised you do?


Our theme this month is Online Marketing. What online marketing have you found works well for you?


Being on a blog tour has generated a lot of conversation around the book. I think many book lovers put more stock in reviews by readers than those by critics.


Oprah always asks, What do you know for sure?


There is a Center of the universe, and I am not it.
And also this: things do not stay bad forever – hope is as obstinate as a weed.


Can you give us a sneak peek at your next book?


Just as soon as Natalie Goldberg fixes it.

For those of you who like to browse websites, mine is http://www.islamorley.com/.

If you enjoyed this post, please consider becoming a member of SORMAG's community - Join Today
Posted by LaShaunda at Wednesday, September 29, 2010