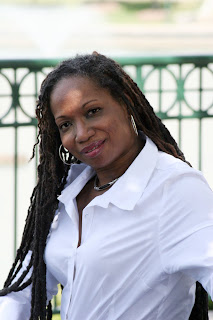 
The Literary Bones of a Story, Part 12

OMG, are your pockets feeling ho-ho-hum from the weighty holiday shopping you’ve been doing? Have you let yourself and your budget down with impulse purchases? Is your shopping list starting to haunt you back to Halloween instead of a Merry Christmas? Dreading the confrontation of a particular family member at dinner? Feeling a little BFF gift competition raging? Or has the economy made you into an award-winning Scrooge and you’re just counting the days that will shrivel the mistletoe and you can kick the holly? Don’t worry, there’s hope for you yet to fa-la-la-la-la and LOL with a bellow like Kris Kringle’s.

Writers, you can reclaim your prospective by being fierce with your pen and getting those work-in-progress characters into the persona you wish you were in: namely, in control and undefeatable. Here’s a creative challenge and therapy for you—get into character and become a sensational holiday character. List the qualities you feel make up the best holiday personality, someone in control of spending, gift-giving, and hosting. The television and theaters are filled with stories of holiday cheer and inspiration. Watch a few of those feel-good sagas and decide what made you laugh out loud. What made you feel happy for a particular character? What delights made their dining tables sparkle? How did their decorations speak to your eye? What problem, person, or situation did they overcome at last?

Jot down your own list of fantasy touches, mold them into a character, and be that goodwill person for a day. Are you now a Christmas leech, sucking up every tale and trick to make your loved ones’ hearts sing like a Christmas carol, with household esthetics that rival your neighbors’ holiday décor? Well, hold onto your reindeers, because now it’s time to switch it up and become the beast of the ball, making Scrooge look like a Christmas villain-intern. How deep will your growl be when well-wishers smother you with holiday cheer? What kind of garb will you adorn to swindle people into believing you are an advocate against peace on earth and goodwill to men? Not only do you have to throttle them with your voice tone, but your surroundings have to mimic the same. Can you fool people that think they know you into believing you have not only lost your holiday spirit but maybe even your mind?

Well, if you can’t convince an old friend that your hug seems like the squeeze of a harness and make them wonder “what’s up with you?” then you probably can’t win over a stranger with words that aren’t seducing them into believing your convictions either. If you can’t play a character, it’s likely you aren’t conveying your characters in any type of exciting color. That’s why I suggest you get into character. Take this literary juncture to another crazy height and story line a few of the following eccentrics. How about:

1. A character playing a writer portraying a character pretending they have money. Perhaps this person meets a stranger out of his or her league and lavishly spends all her savings on that person for the holidays just to impress him, and then has to break it off abruptly before being found out. The character then suffers from poverty and a lonely heart, ending up homeless and dreaming about being a writer who writes about a character pretending to have money.

2. Or how about a character that gets so stressed out by competing family members who annually vie for the title of the person that buys the most expensive Christmas gifts? Make this character lose sleep and money worrying about the night before Christmas when all through the house, everyone gathers at the home of a relative, opens up their competitive gifts, and either sneers or cheers at the offerings. Perhaps this desperate person will go so far as to steal expensive trinkets from a high-end department store in order to grab the spotlight, causing him or her to be thrown into jail and missing the whole sordid soiree after all.

3. Or sketch out a character that believes in giving back so much that he becomes overwhelmed with helping others to the point that he never gets to enjoy his own family functions. Unfortunately, while the city is giving him humanitarian awards for his charitable spirit and efforts, he becomes ostracized by his own relatives for being a super-sized do-gooder.

4. How about creating a man that believes in playing his seasonal part as a department store Santa so much that, against his doctor’s strict orders not to gain weight if he wants to control his diabetes, he purposely gains an extra thirty pounds just to be in character, ignoring the possible health repercussions.

Colorful people? Yes. Can you play any of them? Maybe. Mentally envision these scenes and write them to a finished story. You will find that getting into the spirit of your character beforehand will help you more accurately portray them on paper. A writer should take advantage of every avenue, utilizing things, places, and people that aren’t considered ordinary.

Furthermore, let’s forge back to an earlier character we’ve come to know a bit, a character whose persona reeks of prejudice, phobias, temperament, education, and various fears. When last we visited homeless vet January Frittmier, he was in a soup kitchen and had just ruffled the unfriendly feathers of a few notorious gang members …

January quickly began to sense the heat of rage that seared his back from the miscreants that breathed his immediate space. War was always about strategy; the mental weapons were always the deadliest, so he lined up his invisible bullets. Perhaps if he deviated from what his soul believed in and allowed himself to unwillingly wallow in cheerful verbiage about the impending holidays, even the monsters that lurked about could be lured into peaceful thinking and he could escape a physical assault. He reached deep into his soul, found, and exploded words of good cheer toward them all, managing to smear a smile but gave up no eye contact. The eyes are the window to the soul—he believed, and even he couldn’t pull off that type of hypocritical acting.

“Merry Christmas to you all. Figured some Scrooge antics would baste you all with a little heat and get a quick hoot outta yous. Jokes on all of yous. Have a Merry Christmas and a Happy New Year!”

January snatched up his cane and waddled toward the door. No one heard or knew of the fire that raged within him and consumed his very being. If not for the fluffed up outcome, he would have cursed himself for betraying all that he stood for. But a man must live in order to fight another day, he chastised himself. He’d get his eventually he chuckled to himself. “Ho-ho-ho on that lie,” he smirked. He disappeared into the outside hustle and bustle of a world he feared wasn’t worth him.

As you can see, staying true to character, January only pretended to change. Writers must keep the characters’ personality in mind when traveling along with their story. Would you have believed it if January sincerely apologized and went on with his life without opposition? If you’ve been keeping up with our saga, your answer would be no. Though people change, can people like January change? Well, that’s up to you. Be my guest and continue this saga. I’d love to see what you creatively do with it. In the meantime, line up your own mental guns, arm your characters by playing them first in your head or in person, and then send them out from behind your cyber and paper curtains and let them meet and entertain the world head-on.

RIMJS, you must make your creations unique not only by facial and body distinctions, but with identity, believable characteristics, unique personalities, voice, language, dress, and surroundings. Putting yourself into your characters’ shoes will make their walk across your readers’ hearts and minds as believable and colorful creations, surviving the ho-ho-hum effects that come from less-skilled writing. Turn your readers into fans and give them the fa-la-la-la-la that will make them celebrate you and your work for seasons to come. Like Santa, whether you have them ROFL or CRBT is all in your sack of tricks. After all, only a good story and its characters will be remembered, so get your readers to slam your book closed and respond, “OMG!”

Wordsmiths, remember to e-mail me with your creations, and I’ll post them here for all to meet and utilize.

For your gifting, I’ll post a picture of your latest book and a link to your Web site.

Pens up! to building colorful characters the write way. 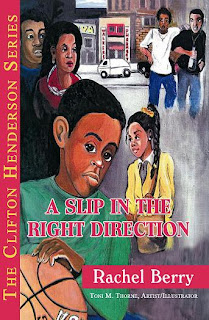 Rachel Berry has been gifted by our Creator to be many things; on the list of these blessings are daughter, caregiver, wife, mother, grandmother, sister, best friend, aunt, published author & poet, motivational speaker, radio talk-show host, mentor, columnist, and community leader.

Berry is proudly promoting her latest book, A Slip In The Right Direction, part one of a YA series.
To arrange speaking engagements, e-mail her at admin@blackpearlsunited.org. For book signings, please e-mail her at rachelwrites2@yahoo.com. To preview and buy her books, please visit her Web site at http://www.LuLu.com/RachelBerry &; http://www.rachelberry.webs.com/

If you enjoyed this post, please consider becoming a member of SORMAG's community - Join Today
Posted by LaShaunda at Tuesday, December 21, 2010

Maria who is the Rental Agent at Sahara Palms Apts. Protected Rapist Danielle Grant, for some unknow reason.Thier relationship is unknow at this time. She was over heard laughing at how The Victim was tormented and RAPED she thought it was funny how Grant talked about victim.Ms Grant who resides at the apts. Danielle Grant 23, of Las Vegas is a RAPIST, she and another man used a date rape drug on Victim at Sahara Palms Apartments 2900 El Camino ave. apt 170, Danielle L Grant sodomized the victim with a plunger. She is lite skinned 4'6 to 4'7 and she drives a Black Ford Focus, She works as an dental assistant during day. STOP her please. Victim is too ashamed to tell Police. Memory just now coming back. Danielle L Grant MUST BE STOPED. She is a drug addict and dealer ( Lortab and Meth,weed ) sometimes works as a Vegas Escort/Prostitute when she needs money. If you have information on her criminal activities Please contact the Las Vegas Police Dept.