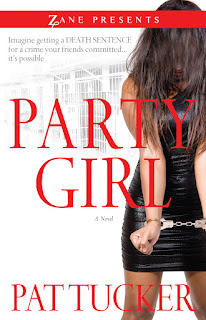 29 year old Hope Donovan never pulled the trigger… But a simple choice landed her behind bars, and on Texas’ Death Row. Hope accepted a ride from two neighborhood thugs. She was stunned when they were pulled over and all arrested for a deadly convenience store robbery.

Her case was quickly catapulted to an international platform and become a symbol in the heated debate over capital punishment. Everyone weighed in, but when mistakes from her past were dug up, the world was suddenly riveted and confused by two conflicting images of the young mother.

How long would you wait?

Brendon Donovan stood by his wife after her arrest. He took out a second mortgage on their house and wiped out the family’s savings. But as Hope’s case dragged on, he was forced to consider other options.

How far would you go?

Chastity and Hope have shared a tumultuous past. But their rivalry took a backseat when it came time to care for Hope’s children. Years later, as Hope’s chances of survival began to look grim, Chastity is torn. The feelings she’s developed for Hope’s husband Brendon has thrown her loyalty and motives into question. 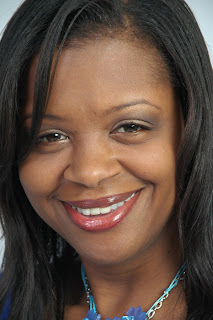 Pat Tucker is a radio news director in Houston, Texas who moonlights as a writer. The former television news reporter enjoys drawing from her profession to craft page turning stories that readers will love. Most of Pat’s stories have a ripped from the headlines flare. The award-winning broadcast journalist who has worked as a reporter for ABC, NBC, and Fox affiliate TV stations and radio stations in California and Texas, is also a much sought-after ghostwriter. She is the author of 11 novels including Daddy by Default, and Party Girl. Pat has participated in three anthologies, including New York Times Bestselling Author Zane’s Caramel Flava.

A graduate of San Jose State University, Pat is a member of the National and Houston Association of Black Journalists and Sigma Gamma Rho Sorority, Inc. Pat’s next novel is Sidelines Scandals.

I’ve always had a passion for reading and writing, so it was only natural that my passion turned into a career. I’m a radio news director in Houston, Texas who moonlights as a writer. I’m a former television news reporter, and I enjoy drawing from my profession to craft page turning stories that readers will love. I’m an award-winning broadcast journalist who has worked as a reporter for ABC, NBC and Fox affiliate TV stations and radio stations in California and Texas.

While writing Part Girl, I learned far more about the Death Penalty than I thought I knew, and I know quite a bit. I also learned that this topic is only important to people when it hits close to home.

With Party Girl, I hope to help raise awareness about the Death Penalty and how much it impacts those of us in the Black and Brown communities. I also hope to entertain readers with a topic that’s very important.

With Part Girl, the plot came first because I wanted to write a story about the death penalty that my reading audience would be able to relate to. Once I decided to do that, the characters began talking to me and their story was born.

What has surprised me most about being a published author is the amount of hard work I must do when the book is finished! The work is never ending, but because it’s a labor of love, I enjoy what I’m doing and wouldn’t want to do anything else!

The aspect of writing I enjoy the most is the creative part. I love making up people, with issues, problems and concerns then solving those problems. I hate when the story is over. Sometimes I can go on and on, especially when the story involves characters I enjoy.

I wish I had known in the beginning just how much hard work this requires. It would not have deterred me, but I think it would’ve taught me to be more strategic from day one!

I always tell aspiring writers to simply write! It sounds easy, but you’d be surprised by the amount of obstacles some people allow to get in their way. I also tell them DON’T copy anyone’s voice. The more you write, the more you’ll discover your own!

I wish non-writers understood how much hard work we put into writing and how crucial their support is to what we do.

Few people know that I won’t eat breakfast after noon! EVER! And my food can absolutely not touch on the plate!

In my spare time I enjoy reading, or listening to music.


Our theme for this issue is Resources On The Net. What resources on the net have been helpful in your writing?


I Google everything and everybody! Also I use Grammerly.com

Terry McMillan was the first author I ever met.


I know that I am a child of God and that I strive each day to use the talent he has given me to entertain, and educate others.

My next book Sideline Scandals is about a social climbing football widow who will stop at nothing to get what she wants out of life: a filthy rich NFL husband and her own Reality TV show!

Do you need help with your promoting? - http://sormag.com/advertise.htm
Posted by LaShaunda at Friday, March 02, 2012

I really enjoyed the interview with Pat Tucker. I am putting this book on my list of books to read!