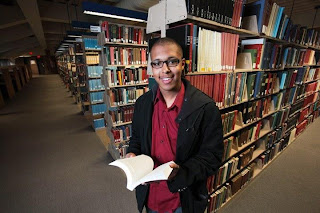 Carlton is a third year English Major at the University of Buffalo. From Buffalo, by way of Pittsburgh, Carlton has been a writer from an early age. Some of his notable credits include being a regular writer in UB’s student run magazine, Generation, reading poetry aloud at various readings in Buffalo ranging from high school to the present day, and being on the executive boards of UB’s College Democrats and English Student Association. 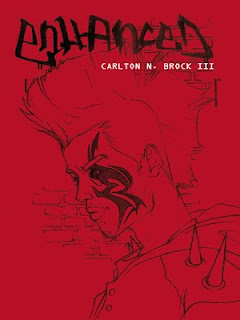 Enhanced is a Young Adult Adventure Novel, which takes many influences from the Suspense and Science Fiction Genres. The story, set in the mid 2080’s, focuses on Rio Orca, a member of the rebellious Red Army in their conquest to overthrow the dictator of earth, Magini Tirocher. In addition to the main plotline, several characters, including Rio, are enhanced, meaning they have genetic super abilities. As the story progresses Rio along with his compatriots, Fritz, Remy, Dimitria, Rex and their morally ambiguous leader Red clash with themselves as frequently with the enemy in an attempt to change the world to suit the people. On the other side the reader is introduced to Magini and his conquest too not only maintain his global domination but to achieve perfect obedience, even if he has to destroy his own men to achieve it.

How did you start your writing career?

I started my writing career when I was a kid. I was always interested in writing and making stories. I made comic books and short stories as early as third grade. When I was in fifth grade I was in The Publishing Club at school and wrote a story called A Very Scary Fairytale that focused on the Monster Under the Bed. In college I write for papers and contests and as far as a professional career I guess it started with Generation Magazine at UB.

I learned the importance of developing momentum. You really can’t start a book at full momentum and expect to continue that pace without it ending in five pages. So I found myself slowing down scenes and adding a lot more explicit details. In a weird way I have a harder time writing shorter pieces now.


What did you hope to accomplish with this book?

I really would love to just get it noticed, have people read it and like it. My favorite part about the whole process is when people tell me they have read it. Selling a lot would be nice too.

Everything sort of came around the same time, I’m a very character driven writer so I started out with the two main characters Rio and Magini who are on opposite sides of this global civil war in complete opposite roles and the rest continued from there.

For me it’s really been the reactions to Enhanced, which has been really positive. A lot of people that I didn’t expect to read it have come up to me and wrote me letters and emails saying that, what I’m doing is worthwhile.

What aspect of writing do you love best, and which do you hate most?

The best is easy, my best friends Taylor and Ally and my stepmother Shonda are all writers and I’ve met countless of other writers since. It’s like its own community of people who for the most part respect one another. A close second is the ability to control and manipulate the world we live in. I don’t really hate anything about writing these days.


What are three things you wished you’d known before you reached where you are now?

I wish I’d known a bit more about publishing, like the business side of things because that’s what I want to do when I finish school. I also wish I knew more about editing while I was actually writing because that’s my weakest point in writing and I’m trying to correct that. Third I wished I’d known how Enhanced was going to end, I spent about a month debating it and annoying Taylor with random two am texts asking if things made sense. It would have saved her a ton of missed sleep time.


Can you give us one do and one don’t for those aspiring to be a writer?

Do make sure you think out your world and your characters. Especially if it’s science fiction, even if you don’t write it into the final product you should know everything that could happen in your world. I like to use the coffee example, would your character drink Starbucks or Tim Horton’s or make their own. Rio, in Enhanced, probably wouldn’t even drink coffee.


Don’t fall in love with the first draft or idea. That’s how plot holes occur.

It’s really not a waste of time! I hate when people tell me that, I don’t get it often anymore since I have published a book. Before then, I think people who didn’t understand, thought I was wasting my time or living in a fantasy world. It was infuriating.


Tell us something few know about you?

I’m a huge wrestling and MMA fan. I like all of it college, UFC, WWE you name it. All of them have different purposes for me, I was a wrestler in high school and my first few semesters of college, so that explains why I watch the NCAA tournament every year on ESPN and MMA events but I love WWE because it’s a constantly changing story and I look at it from a writer’s point of view and try to see the most logical move for the characters.

When you’re not writing, what do you like to do in your spare time?

It’d be remiss if I didn’t say homework since that consumes my time. I love to go to the movies, workout and play video games and of course playing with my siblings.


What do you do to interact with readers?

I try to do a lot with my readers; I maintain a twitter page (@TheCarltonBrock) and a facebook page (Enhanced by Carlton N. Brock III). I have a website I’m still developing and I’m in the process of making a YouTube show about being a writer in college called the ‘Awesome Show’. More often than not, I ask my followers about their thoughts about how I can connect with them more or which characters they like so I can feature them on the pages. Locally, I give out Enhanced T-shirts that I’ve made by hand and I sign any books that people buy if they bring it to me. I’m always open to new ideas.

Our theme for this month is Ebooks. Do you own an ereader and if so, what the last book you downloaded?

I own an iPad, I’m a huge fan of it, growing up in the digital age and all. I recently downloaded Song Yet Sung by James McBride, Eternal Traces by Shonda Brock, The Art of War is Free on iTunes and that’s my favorite book so to have it constantly there is great. I downloaded Enhanced too, a few comic books, and most of the novels I read for class. It made my backpack pounds lighter.

Who was the first author you met?

In actuality I’ve met several through the University at Buffalo’s Creative Writing Program. My senior year of high school, I did a poetry reading and shared the stage with a poet who’s name I forgot, I didn’t meet him though. The first author I really interacted with was Alex Porco, my first Creative Writing Teacher here at UB.

I know that I love my family and friends.

Can you give us a sneak peak of your next book?

This is a part of a scene from my next book Altered. I don’t know when it’ll be out but I’m hoping within the next year:

The Gargoyle struggled to level out before it broke free of Rose’s hold. Rex abandoned all plans of catching Rose and galloped off toward the highest point in the village, Godhand’s palace, the largest building for over one hundred kilometers in any direction. He was surprised that he was running at a much faster pace than the Gargoyle was flying. By the time the Gargoyle reached his field of view again he had already began scaling the side of the palace. Rex paused briefly for a moment, as he thought about his chance of success; he knew he had only get one attempt.

He braced himself to tackle the Gargoyle from midair. He exhaled and let out a roar as he jumped on top of the Gargoyle, narrowly missing Rose in the process. The Gargoyle quickly rolled over in the air and started to fly upside down. Rex held on tight and started digging his claws into the Gargoyle’s side.

Rose called out, “Rex just drag him down.”

“We’d all die that way.” Rex out of breath replied.

Rose continued on, “No, we won’t! Stop arguing and do it!”

Rex wrapped his hind legs around the Gargoyles waist and used his massive claws to hold its wings spread like a kite.

“You get off me!” The Gargoyle yelled out as Rex guided the gliding creature toward the side of the palace.

Before Rex had the chance to debate Rose’s newest scheme in his head he felt the Gargoyle tremble violently. It shook and trembled as it began to drop toward the ground. Rex braced himself for impact, wondering what caused the Gargoyle to lose all ability to maintain flight. The ground became a clearer image as the seconds flew by him with the rest of the sky. Rex tried to reach and grab Rose and the King to avoid either of them being crushed on impact but to no avail, he couldn’t hold the Gargoyle’s wings and the two humans simultaneously.

Do you need help with your promoting? - http://sormag.com/advertise.htm
Posted by LaShaunda at Monday, April 09, 2012

very interesting!! nice to read about the young, gifted and black.