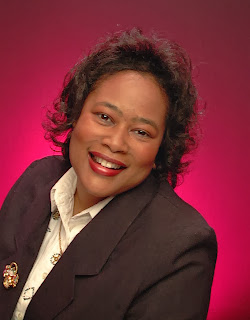 Nathasha Brooks-Harris lives and works in New York City, where she successfully juggles a government career with the demands of being a romance author. Her latest book is Can A Sistah Get Some Love, an anthology in which she has a novella. Prior to that, was her book, Sins Of The Past a tale of love, sacrifice, and redemption. Can I Get An Amen Again, (an anthology with co-authors Kim Louise, Janice Sims, and Natalie Dunbar), is the follow-up to the Emma Award-nominated Can I Get An Amen. Her debut romance novel, Panache, was released to her worldwide fans in 2001, earning her the prestigious Emma Award for Best New Author. She is the former Editor-in-Chief of Black Romance, Bronze Thrills, and True Confessions magazines. In addition, she freelances as a Contributing Editor at Having Church For Women magazine. She is a former contributing editor at Today's Black Woman magazine, where she wrote the popular monthly departments "Career and Money News," "Career Savvy" and a women's general information column called "FYI." Brooks-Harris has also been a book reviewer for QBR magazine, SORMAG, Romance In Color, and The Romer Review websites. She’s a contributor for the Gumbo For The Soul website, where she writes about breaking into writing and getting successfully published. She is the co-founder of the romance writing website devoted to women romance authors of color, The Wonderful Women of Romance—a part of The Belles & Beaux of Romance, where she was formerly a reviewer. Brooks-Harris is proud to have an essay about literacy in the recently-released Gumbo For the Soul anthology—endorsed by the well-respected author and TV personality, Tavis Smiley. When she’s not writing, she teaches the craft of writing at the prestigious Frederick Douglas Center For Creative Arts. In her spare time, Brooks-Harris is a cloth doll artist and quilter—whose work has appeared in several museum exhibitions and fiber art magazines. She may be reached at writernbh@aol.com. 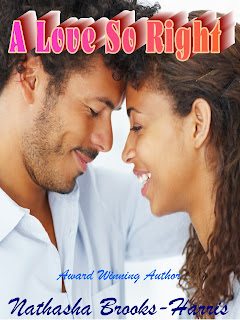 Pauliñho Cardoso has made quite a name for himself as a chef extraordinaire creating delectable dishes in the most popular kitchens in Spain, Portugal, and in his beloved Brazil. For him, cooking isn't just slicing and dicing, frying and sautéing, but it's an art form—his calling. But his culinary glory days come to an abrupt halt when he has to leave his beloved kitchens to return home to Brazil when his parents are killed in a plane crash on their way back to Rio after a business trip. Grieving and heartbroken over giving up his career as a chef, his biggest challenge is how to take over running the hotel and keeping it in the black. The 6'5" tanned hunk decides to renovate the hotel and turn it into a showplace. A music promoter hears about the Bahia Del Mar Hotel and Resort and finds it is the perfect venue for the upcoming special Jazz By Twilight concert. Things go well and flow smoothly until Pauliñho meets her...

From the moment he meets the feisty travel agent from Brooklyn, Pauliñho 's body betrays him and he can't quell the white heat permeating in his loins. She's a vision of beauty—a woman made especially for his brand of Afro-Brazilian loving. Lord help him, Pauliñho is just the man she needs to do it! He has to have her or bust!

Tamara Felton cannot ignore her pulse racing or her heart beating in double time when she sees the fine man checking her in. She catches herself and remembers that she's engaged and will be getting married in six months. Their gazes catch and hold, and that is out of character for Tamara. After all, she is in Brazil on a fam trip to see Rio and Bahia—for business, not play. However, there is something compelling and magnetic between them that pulls them together. Her mind tells her to ignore the obvious chemistry between them, but her heart is whispering something different. The big-legged Brooklyn beauty with tatas to Tuesday desperately wants to do right and remain faithful to her fiancé back home, but can she ignore the ache in her needy femininity?

Posted by LaShaunda at Wednesday, September 25, 2013