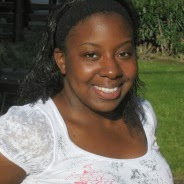 Quanie Miller grew up in New Iberia, Louisiana. She fell in love with reading at an early age and spent most of her time at the Iberia Parish Library discovering new authors like R.L. Stine and Christopher Pike (she was often found walking back home from the library with a stack of books that went up to her chin). She holds degrees from Louisiana State University and San Jose State University. She has been the recipient of the James Phelan Literary Award, the Louis King Thore Scholarship, the BEA Student Scriptwriting Award, and the Vicki Hudson Emerging Writing Prize. She loves writing humorous stories about strong willed, sassy women who can’t keep themselves out of trouble. She lives in Charleston, South Carolina with her husband and is currently, as always, working on another novel. To find out more about Quanie and her works in progress visit quanietalkswriting.com. 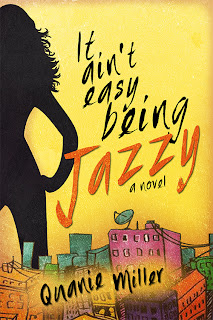 Jazzy secretly wants to get back together with her ex-boyfriend, Curtis, so when he calls and reveals that he’s got something important to tell her, she’s got no idea that he’s about to propose—to her first cousin and bitter rival, Mercedes.

The annual family dinner is coming up, and fearing that she will spend the evening seething while Mercedes flaunts her four carat engagement ring in her face, Jazzy asks Reggie, an Adonis she met at the mall, to accompany her. As fate would have it, not only did Reggie and Mercedes used to date; that backstabbing, leopard print wearing cow is still carrying a torch for him! Revenge.

It’s never been so sweet.

But falling for Reggie? Holy crap! That wasn’t part of the plan! She’s got enough on her plate as it is; restaurant shootouts, a neurotic boss, a mother who spies on the neighbors, and a sister and best friend with man problems that could land them on Jerry Springer. Who has time to fall in love? So when Curtis comes sniffing around again—this time, with an accusation that sends her blood pressure shooting through the roof—the one good nerve that Jazzy’s got left has just about run its course.