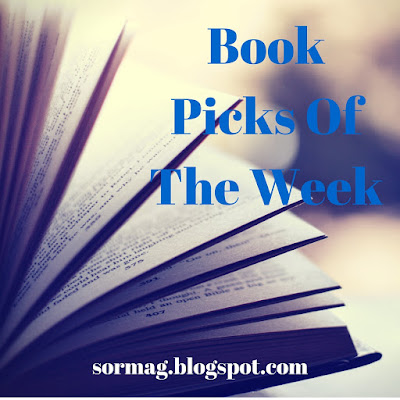 Welcome to our new promotion

Book Picks For The Week

This week we are spotlighting books 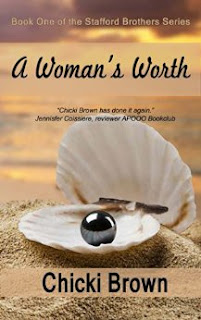 Gianne Marvray has been through the worst two years of her life physically and emotionally. After a battle with cancer and all it entails, she is finally ready to start living her life again. She wants to see new places, meet new people and experience new things, but she isn’t ready for the rollercoaster ride she’s about to embark on when she meets Las Vegas personal trainer and raw vegan foods advocate, Marc Stafford.

After a four year absence, Marc comes home to Atlanta to attend a family celebration in one of his brother’s honor. He’s not thrilled about seeing his father, but he has promised his mother that he won’t throw off the family balance by being the only one of their six sons absent. All Marc wants to do is make an appearance at the event and spend a little time with his brothers. Little does he know that this is the night he will meet the woman who will forever change his life. 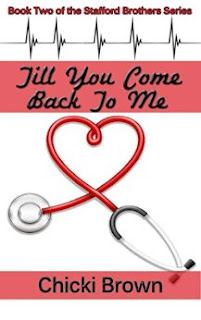 TILL YOU COME BACK TO ME

Driven to make a difference in the lives of the injured and deformed, Atlanta plastic surgeon, Charles Stafford gives up his successful practice to work with a medical organization in Nigeria. Awaiting him at the small village hospital is the beautiful and compassionate nurse, Adanna Okoro, who is everything he has ever wanted in a woman.

Adanna has returned to her homeland after graduation from a London nursing school. Her two desires in life are to help the sick in her nation and to marry a smart, motivated man. Charles enters her life like an answer from heaven, but cultural differences separate them. Adanna must choose between tradition and the man she has come to love. 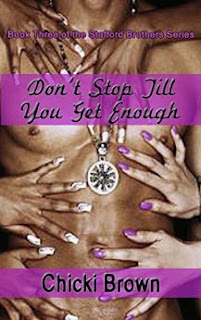 DON'T STOP TILL YOU GET ENOUGH

New York TV personality Greg Stafford has been hiding a secret for years. When this secret is exposed to the world, he has to fight to restore his image with the public, his family and his belief in himself.

Therapist Rhani Drake spends her days listening to people’s problems and helping them to overcome their challenges. When Greg Stafford shows up at her office, she isn’t ready for the problems he creates in her life. 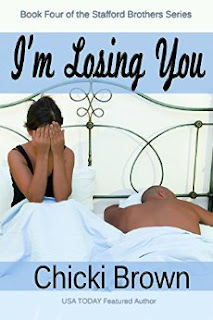 Dr. Vic Stafford has an enviable career, a gorgeous wife, and two handsome, well-behaved sons. He travels extensively without his family, but after twelve years of marriage, former beauty queen wife, Ramona has become cold and distant. He suspects all isn’t as it seems and sets out to discover what is behind her attitude change.

Ramona Stafford has lived a privileged life since her marriage to Vic. She spends her time doing charity work and making her husband, who is now the chief of surgery at the largest hospital in the south, look good. Mona has everything most women would kill for, but it’s not enough. She wants more, and Vic seems unable to give it to her.

Is money and status enough to keep their marriage alive? 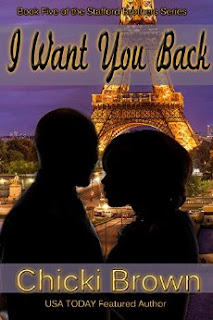 I WANT YOU BACK

Nick Stafford is the youngest in his family. He's recently graduated from medical school and finished his internship. Everything was going well for him until Cherilyn, his girlfriend of two years, starts hinting about marriage. The thought of adding more responsibility to the pressure he is already facing getting ready to take the last of his board exams and the nearly quarter of a million dollars in student loan debt already hanging over his head is too much. He breaks off their relationship.

Eight months later, he runs into Cherilyn at an event on the arm of another doctor, and she's wearing an engagement ring. Seeing her with another man stirs up a jealousy like he's never experienced before. Now all Nick can think of is how he can get her back.