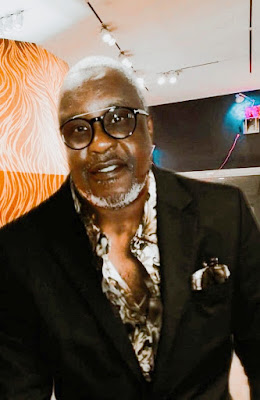 Dean Hamid, of Dean Hamid Presents; he's somewhat of an old school type of guy. Been around for awhile, not in regards to ebooks, etc, but, writing. Different schools of thought in regards to the craft. He was born and raised in Brooklyn; Williamsburg, Bushwick, and Bed-Stuy. He attended Art and Design high school in NYC, studied in broadcasting, and is also Military Vet. He's been a husband, and he's also a father. Those things have shaped him into the man he is, and in all actual the books he writes.

He made the decision to become a published author because he believed then as he believes now, that he can do what a guy like Stephen Spielberg, David Baldacci does, or even a Dean Koonz, and write good stories. He corresponds with many professional authors, and he believes that he could be just as successful.

He likes to write Mysteries, Suspense, and would definitely love to keep the Action-Thrillers in his life, however, he would definitely wants to stay with Urban, not necessarily African-American, but Urban nonetheless.

Having no desire to tell of the initial hand to mouth of the street hustlers, he'd like to delve more into the what made it come about, and the whole thought and drive that pushes criminal behavior. The inward thoughts, and mind-set.

That's the realities of what the author Dean Hamid saw growing up. That's the stories he wants to tell.

That even though it was a work of fiction, I found myself telling bits and pieces of myself and those around me. And I came to grips with many unfortunate situations I had gone through, finding closure.

Trying to tell the story of a urban family dynasty.

What do you believe makes your stories stand out?

I tell the story of true street literature. Stories that resonate with the population that lives in urban environments and even those that have left those environments and still keep the memories, some good, some painful.

What do you do when your book isn’t selling?

Promote as hard as I can. As much as I can.

Beside yourself, what male author would you recommend SORMAG readers check out.

How can we get more young men interested in writing and reading books? 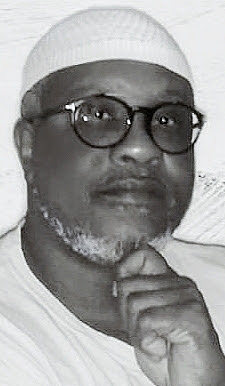 The knowledge of knowing how to quell the voices in my mind. Realizing I'm not crazy and knowing how to develop that into something that not only you can see, but others as well.
What has surprised you most about being a published author?

The responsibility. What you put out can have a direct effect on the one who reads what you've put forth.

What about writing do you wish non-writers would understand?

How heart felt these stories are.

Can you give us one do and one don't for those aspiring to be an author?

Do. Continue to write and study the business of writing.

Study and learn about the craft of writing.

That life is a definite.

Any last words for our readers? 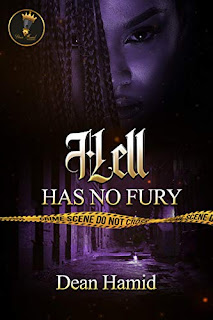 The stories I write are from a place deep inside of me. Many times it's what I've come across or seen. I've always been so observant even as a child. So, there's still so much left. So much to share. But know this...some, some have been dark places. Memories I've suppressed for a lifetime. Memories that have become stories. That's Dean Hamid Presents.

Shakespeare once wrote, ‘Hell has no fury like a woman scorned...’, well, Mya has finally had enough of the physical abuse, disrespect, shame and mental melt-downs. She's tired of hiding bruises with makeup. She's fed-up.
Her old man, Aziz, and his cohort Miles, hustle heroin together. As top lieutenants, they're trying to prove their self worth in a narcotics collective: running crews of young wayward thugs to moving product, and collecting money owed to Joker, the big boss. They're diligent, independent contractors competing for respect, power, and a chance to move up a vile and ever scathing dope chain.

Joker is a twisted mobster with the reputation for the brutal enforcement of rules that he makes up as he goes along. If you owe, not only are you in jeopardy, but so are the members of your family. Peanut crossed the line, and unfortunately, regrettably, found out all too late.

Mya’s girlfriend Skyler has eyes for Juvall, an old school flame who works with her at a midtown Manhattan graphics company. Skyler's high maintenance and gold-digging ways, have Juvall lacking. He desperately needs a come up, and Joker's stash may just be it. Somebody wants revenge! Joker, Chico, and even the dope fiends they use are potential targets from an indiscriminate, deranged killer; as Aziz's own fate hangs precariously, unbalanced in the winds that blow high across the East River.

Will Mya finally get even? Will Peanut get some get-back at Joker? Will Skyler save Juvall from his own self-impending doom? You'll be turning the pages in this suspenseful saga of urban drama set in the gritty, hardcore section of New York City's Lower East Side..... Alphabet City.