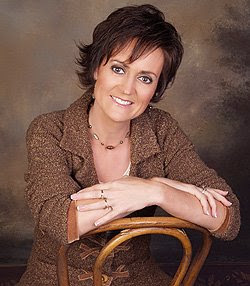 As a writer, I always get asked whether I write from personal experience. In ways, I do, and the new series I’m kicking off this summer is a perfect example of that. TRUST ME (May 27th), STOP ME (June 24th) and WATCH ME (July 29th) are based on a fictional victim’s charity in Sacramento called The Last Stand. The three heroines met at a victim’s support group after each one experienced a different kind of violence. They’re determined to heal, to fight back and to help others do the same, which is why they decide to start The Last Stand.

In TRUST ME, Skye Kellerman was attacked in her own bed. She managed to fend off her knife-wielding assailant, but now her would-be rapist is getting out of prison. Early. And Skye knows that Dr. Oliver Burke hasn’t forgotten what her testimony cost him.

In STOP ME, widower Romain Fornier lost his reason for living the day his daughter was kidnapped and murdered. When the killer got off on a technicality, he used a gun to mete out his own justice. Now that he’s out of prison and free to return to his Cajun roots, the last thing he wants to learn is that he might've killed the wrong man. But that’s exactly what Jasmine Stratford of The Last Stand has come all the way from California to tell him.

In WATCH ME, Sheridan Kohl was just a teenager parked at the lake with a boy named Jason when a stranger wearing a ski mask shot them both. Sheridan lived, but Jason died—and the stranger was never caught. Twelve years later, Sheridan has learned a thing or two about investigating crime. She returns to her hometown, intent on achieving answers at last. But someone doesn’t want the truth to come out. Someone who is willing to resort to murder. Again.

While my fictional charity is geared toward violent crime because I write romantic suspense and thought it would be fascinating to see these women tackle some very interesting and difficult cases, the concept of using personal passion to motivate came from my own desire to make a difference to those struggling with diabetes.

Six years ago, when my youngest son was diagnosed with Type 1, I felt hurt and wanted to fight back, too. Desperately. I just didn’t know how. I had five kids at home and some very tight book deadlines. But then I attended a silent auction at the local elementary school and realized that I could do a similar event on my Web site, where I could utilize the traffic I’d already established.

In my first three auctions, I managed to raise a combined total of $250,000, and the 2008 auction looks as if it will at least match that amount. A shopper’s paradise, it will have plenty items to fit every budget from a drumhead signed by a whole slew of famous music artists (Michael Jackson, Ringo Starr, Bruce Springstein, and far too many others to list) to a treasure trove of miscellaneous items donated by aspiring author Lauren Hawkeye. And that’s not all. For those who are aspiring to become a novelist or to advance their writing career, there will be AMAZING opportunities. Many of the most powerful agents and editors in the business have donated evaluations—some with the promise of a 24-hour response (which is unheard of in the publishing industry).

How does it all work? Just like E-Bay, except this auction runs at www.brendanovak.com and only through the month of May (May 1 – May 31st). Visit that URL to register. When the bidding is over, you can pay with Paypal, credit card or personal check/money order. In most instances the donor even picks up the shipping. And the person who places the highest number of bids over all, even if that person doesn’t win a single item, will receive a fabulous prize package including a brand new camcorder (worth over $1,000), Your Name in My Next Book, an autographed copy of TRUST ME, and chocolate (lots of chocolate!).

Check out the auction, and while you’re at my Web site, enter to win a spectacular trip to Port Orchard and Bainbridge Island (sponsored by Allison Brennan, Debbie Macomber, Susan Wiggs and myself), and receive a $10 gift certificate you can use toward your auction purchases.

Here's to making a difference!

TRUST ME, 4.5 stars and a TOP PICK from RT Book Review Magazine, On Sale May 27th!
Don't miss my on-line auction for diabetes research beginning May 1st at www.brendanovak.com
Posted by LaShaunda at Friday, May 09, 2008

Sounds intriquing. I'll have to read it.