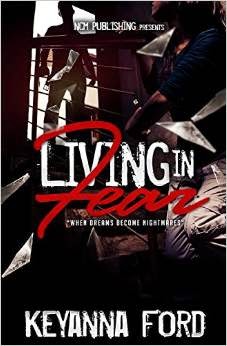 Tia Green came from Kalamazoo, a small town in Michigan. From the time she was a child, Tia had known exactly what she wanted out of life and had already dreamed about how to get it a thousand times over. Tia had always planned on attending the University of Michigan with her childhood friend where they both wanted to become nurses. She worked hard in high school and made sure she got good grades. Eventually, That hard work paid off, She was admitted early to U of M with a full scholarship. After going on the college tour, life changed for her in ways she would have never believed… Ace was the guy that everybody dreamed they had. He was smart, sexy, and athletic, not to mention, the star of University of Michigan s football team. See, Ace turned heads wherever he went, and people were always striving for his attention, but Ace could care less. He was a player who didn t believe in giving his heart away to any female due to his childhood, but that all changed when he met Tia. She was everything he had ever wanted, and most importantly, she reminded him of his late mother whom he lost at a young age. Ace thought Tia was perfect for him. He thought he would finally get the family he had always wanted. He never imagined she’d betray him, especially not with the only other person he loved… Tia and Ace started with a fairytale romance, truly in love. As true colors bleed out from the cracks of their exteriors, the couple discovered that their fairytale romance was turning into a painful nightmare and the dream filled partnership was on its way to ruins.
Excerpt:
“Bitch, do you think I’m stupid? I fucking heard you say, ‘That was fast’ when I was knocking on the door just a minute ago, so who the fuck were you talking about? And why are you in a room anyways?” he questioned, chocking me harder. I started clawing at his hand, trying to pry it off my neck, but his grip was too tight, and it was getting harder for me to breathe. He wasn’t letting go until I told him who was in the room, but I’ll be damned if I admit to anything.
“Please…let me go,” I whimpered, still trying to pry his hand off.
“Please, what?” he screamed. I can’t hear you, Tia!” He looked me in my eyes choking me harder with every word. “If I find out you’re here with somebody, I’m going to kill you and him. Do you hear me?”
I started kicking my legs and trying to push him off me, but Ace wouldn’t move. Then everything went dark, and the next thing I knew, I was waking up to him standing over me, slapping my in the face and yelling my name.
“What happened?” I asked, looking around the room, out of it. His hands slid to his sides as he towered over me.
“You passed out,” Ace said, peering down at me. He stopped slapping me and stood over me.
“That’s because you wouldn’t stop choking me,” I snapped, rubbing my sore neck.
Just as I finished my sentence there was a knock at the door. I already knew who it was, but I was praying Ace didn’t hear it and he would just go away.
“What was that?” Ace said looking around then turning towards the door.
“Nothing,” trying to act like I didn’t just hear anything, but then it happened again, and it was no was no mistaking the knock this time.
“Somebody’s at the door,” Ace said, his voice menacing, “Let’s go see who it is.” He walked to the door.
I already knew I was in deep shit. I know when this door opens, its over for me, I thought as I sat on the bed, rubbing my stomach. I haven’t even told him I’m pregnant yet, but at this point, it’s really too late. He’s not going to believe it’s his, and when this door opens, I’m dead. As I looked at the door and saw that Ace was already turning the knob, my heart sunk in my stomach and I started shaking. Wanting to run and hide, but I knew there was no use. Whatever was coming my way, I had to prepare for it. The door opened, and the two men in my life stood face- to- face. I could see the pure fear and shock wash over my lovers face.
Ace stood there for a minute in silence, and then calmly closed the door, leaving him in the hallway. He turned towards me with nothing but hate in his eyes. He started walking my way. I just sat there hanging my head and wondering how I got into this situation. I was supposed to be at college, living the young, fun, and party life, but instead I was here, fighting for mines. Tears formed in my eyes as I thought about that tour that changed my life forever.

Keyanna was born and raised in Kalamazoo, MI, she has always been into school but never knew exactly what she wanted to do. She graduated from Loy Norrix High School in 2005 with high honor and went to college where she studied Criminal Justice at Kalamazoo Valley Community College first then went on to get her bachelors at Western Michigan University where she doubled major and graduated with two majors in Criminal Justice and Social Psychology. After going through a bad situation Keyanna decided to write about it where she discovered her love for writing and that’s how her debut novel “Living in Fear’ came to life.
Questions:
What made you start writing?
I started writing for therapy. I was going through a bad relationship and didn’t have anyone to talk to about it, I would have usually read a book in this situation but I decided to put it in a book instead. No that does not mean my book is an autobiography, it means it fiction based on a little fact.
Give us an insight into your main character, why is he/she so special?
Tia Green is a high school senior, she naïve and a little innocent. She gets good grades, never had a boyfriend or even kissed a guy until Ace comes along. Tia fell head over heels for Ace as most of us did for our first love, it’s just too bad things changed in a blink of an eye and dreams started to become nightmares.
Tia is special because she’s relatable. How many females have lost themselves in what we thought was love? I know too many and Tia is no exception. Tia is an example of how quick things can change and one wrong decision can change your life forever.
Where do your ideas come from?
My ideas come from real life events, I’ll take something that happened and expand on it. Not necessarily, something that happened to me but maybe something that happened to one of my friends.
Do you read often, if so who’s your favorite authors?
Yes, I love to read. Reading has been my passion since about middle school, the first book I ever read was dope fiend by Donald Goines. It was so descriptive it was like watching a movie in my head and that’s when I fell in love with books.
I love to read Wahida Clark books, she’s my favorite author along with Deja King. I also love Nikki Turner, Ashley & JaQuavis. That’s just to name a few, there’s so many other authors I read and I discover new ones every day.
Do you write every day, if not how often?
No I don’t write every day, sometimes I go weeks without writing. I binge write as I call it meaning I write nonstop for a few weeks straight, leave for a few week then come back and finish.
What’s the hardest thing about writing?
The hardest thing about writing to me is incorporating more than just your main characters. For me I could have wrote about Ace and Tia all day but they had to have friends and a family. Making sure everything flowed and the timeline was right was also a challenge.
What are you working on at this moment?
I’m current working on the sequel to “Living in Fear” which should be out next year, along with my third novel not related to this series that I haven’t titled yet.
Website: www.iamkeyanna.com
Facebook: www.facebook.com/keyanna.k.ford
Twitter: https://twitter.com/KasheenaKaniece
Instagram: http://instagram.com/kasheenakaniece
Email: Kford7424@gmail.com