Sherman J. Howard: Football and Beyond – The Legend and Legacy of an African American NFL Pioneer by Vietta L. Robinson 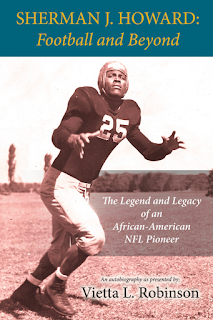 Inspiring Generations To Do Great Things In 1952 Jet Magazine described Sherman Howard's performance in a game between the Cleveland Browns and the Washington Redskins as "sensational." In his own words the author highlights her father's journey from Jim Crow south and World War II to his role as a pioneer in the early days of the NFL, and beyond to family, retirement and a sound mind. Throughout this book the author reflects on her father's influence in her life as well as the spiritual and historical significance of his journey.

Currently, the oldest living African-American NFL alumnus at age ninety one, the narrative includes: Howard’s recount of cultural experiences of the segregated South; serving on the battlefield during World War II; and being a trailblazer in college athletics and professional football. Other important influences in Howard’s life outlined throughout the book’s passages include his faith, mentors, family, and a well-regarded twenty-six year teaching and coaching career.

Howard’s outstanding skill as a player at the University of Nevada-Reno, in 1948, placed him as a catalyst for removing rigid racial barriers in sports that were prominent during that time.  With a performance level labeled “sensational” during the early days of the NFL, Howard’s professional football career included playing with the New York Yanks (later becoming New York Giants) and the Cleveland Browns, from 1949 to 1954.

Currently residing in Chicago, Illinois, Howard continues to be highly regarded for his significant historical contributions to sports and football and for being a source of inspiration to many people. 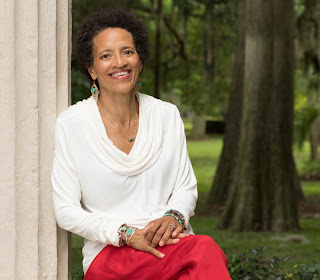 Author, Speaker, and Consultant Vietta L. Robinson is a Chicago native and a graduate of the University of Wisconsin-Madison. Currently residing in Altamonte Springs, Florida, Vietta is owner of Holistic Home and Body Care, where she works as a Holistic Life Coach, Master Herbalist, and an Emotional Freedom Techniques practitioner (EFT).

Sherman J. Howard: Football and Beyond – The Legend and Legacy of an African American NFL Pioneer, can be purchased online through Amazon at http://amzn.to/1P0Oizt, Barnes & Noble at http://bit.ly/1RPDgQf, and also on the author’s website at www.shermanjhoward.com.