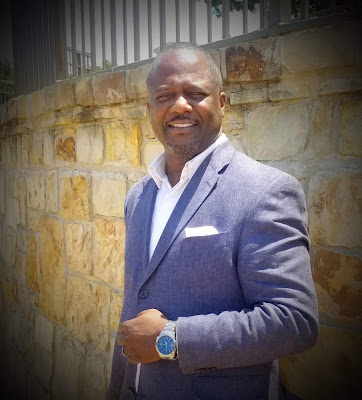 Brian is a fifteen-year veteran of the publishing industry. He has owned a publishing company, and is currently signed to Simon & Schuster. He is the owner of The Scribe Spot – a consulting firm that specializes in helping authors with their manuscripts and securing Literary Agents.

When Brian is not writing novels, traveling to literary events, meeting with book clubs nationwide, and running his company, he serves as an Adjunct Professor of Creative Writing at Collin College and Dallas Community College.

Brian is a native of New Orleans, La., and currently resides in McKinney, TX.


What inspired your book?

I've always been a huge fan of the mystery genre: from books to television shows to movies. Hell, my favorite cartoon as a child was Scooby Doo because the kids in that cartoon were riding around in a van called the "Mystery Machine" and solving mysteries.

I truly believe the Sleepy Carter character is one of the best literary characters every created. He has the I.Q. of Sherlock Holmes; more personality than Columbo; and he's something the Mystery genre lacks...he's the black sleuth.

Why did you choose to write in the mystery genre?

Because I love the genre and I noticed that more than 95% of the mystery books sold feature white detectives/sleuths figuring out the crimes. Other than Walter Mosley's, Easy Rawlins character or the Alex Cross character - which is written by James Patterson...a white man, most people can't name one black mystery character. I figured it was time to add another memorable black character to the genre.

Why do you think AA readers shy away from mystery?

Good question. I think to some degree the literary industry is to blame. Like I said in my previous answer, more than 95% of the characters in the Mystery genre are white. I believe that over time, African-American readers have noticed that and figured they have nothing in common with the characters in Mystery novels. One avid black reader told me, "Mystery novels are boring. That's a genre for white folk."

Why should a reader try a mystery?

Readers should try Mystery novels because they are some of the most well-written and cerebral books out there. The character development is top notch. The story lines aren't as dumb-down and recycled as those in some other genres. And Mystery novels make you think' often times, the clues are right in front of you and you miss them...that's the fun in reading them.

The character I created named, Donald "Sleepy" Carter. Very smart. Very fun. And has a dark secret that serves as the foundation for the entire series. 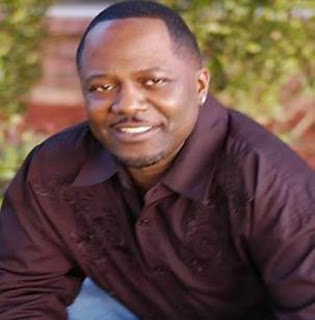 What advice would you offer to someone whose book is about to be released?

I advise young authors to spend less time planning and saving for a Book Release Party because rarely do they give you the type of Return on Investment that will help you grow your fan base. Take that $500 - $800 that you would spend on a Book Release party and use it to secure tables at a few literary events/conferences where you can meet readers from other cities. That's how you expand your fan base and create a long career.

I released my first novel in 2005. I've won several awards, made numerous bestseller list, owned a publishing company, signed a major book deal with Simon and Schuster, and sold over 100K books during my career. But in my opinion, my greatest "literary success" came in 2009 when I was laid off from a six figure Corporate job during the recession, and I didn't have to go back to work. I'm currently an Adjunct Creative Writing professor, but I choose the semesters I want to teach. I work from home - writing my own novels and ghost writing for other authors...that's "literary success" to me.

I can't think of any. I appreciate my journey...good times and bad. Any bumps and bruises I received along the way prepared me for the blessings and career I have today. No regrets; no desire to change a thing. Now, if I had to give young authors 3 pieces of advice I would tell them:

1. Learn the craft by taking Creative Writing classes at your local community college.
2. Understand that writing the book is the easy part, selling it is the hard part. Get ready to grind.
3. Your ego should never be bigger than your resume.

I've been in this business for 15 years and since I first started I've averaged meeting with at least 15 book clubs across the country each year. I engage with them via Social Media and I travel to literary events to meet them face-to-face.

What are your three favorite social media platforms and how are you using them for promotion?

I spend a lot of time on Facebook. It helps me reach readers in cities I rarely travel to. I'm om Instagram, but I'm not the biggest fan of it. I have a Twitter account, but I doubt if I go on that thing once a quarter.

What are you reading this Summer?

I don't have time to read for entertainment. I suspect I'll read a book while I'm on vacation. Other than that, I'm too busy writing my own books or ghost writing someone else's book to be sitting around reading for recreation.

When I'm not writing I spend a lot of time with my family or just chill at the house. My days of getting "turnt up" are over. I'd rather sip on a little Cognac and watch Netflix.

After losing family members; being laid off from a six-figure job w/out any heads up it was coming; and overcoming bouts of depression, there are two things I know for sure: God is real and prayer changes things. 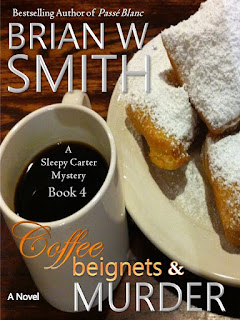 My next novel will be the 4th book in the Sleepy Carter Mystery series. It's titled: Coffee, Beignets, and Murder. A killer puts poison inside of a beignet. The police can figure who the killer is and why the victim was targeted. But what the killer didn't know is that the victim is an old friend of super sleuth, Sleepy Carter. And Sleepy won't rest until he finds the killer.
Anything you'd like to say to the readers of SORMAG?

To those of you have purchased my books, I appreciate your support. To those of you who have never read any of my books, go check one out. Go on Amazon and type in: Brian W. Smith. I've written something in every genre: from Mystery to Erotica to Suspense...I'm sure there is something in my catalog you'll like.

To buy paperback copies of my novels go to: www.authorbrianwsmith.com


Join Our Community Today - Learn About The Current Books